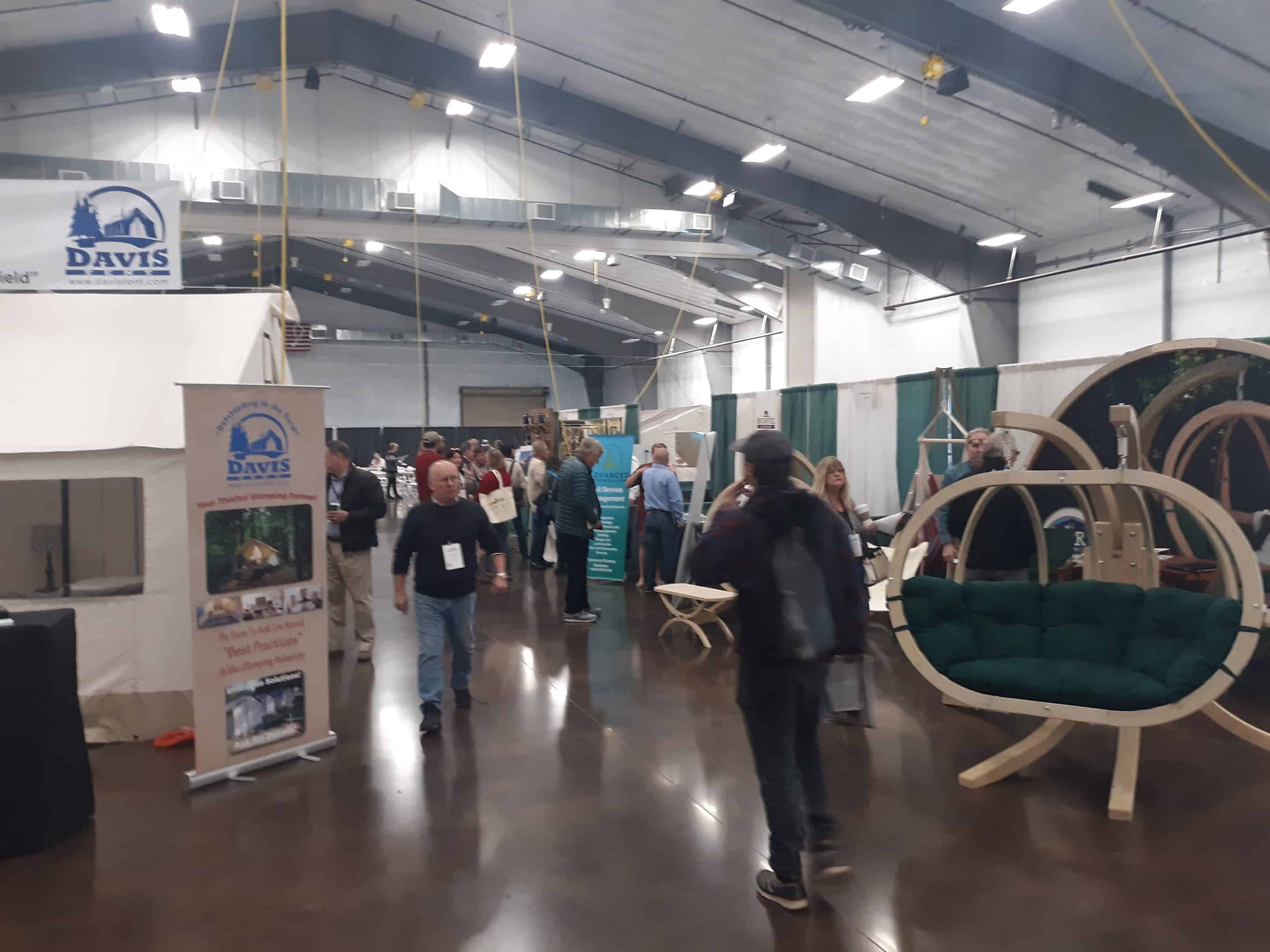 Vendors stayed busy during the first full day of the Glamping Summit/USA.

Building off the success of two glamping conferences in 2018 — one in Denver, Colo., and another in Long Beach, Calif. — the Glamping Summit/USA is a part of the Global Glamping Summit family, which launched The Glamping Show in 2015 in the United Kingdom, it also publishes International Glamping Business magazine.

“I am just so excited by the turn out so far,” he told WOODALLSCM.com. “This is more than I expected.”

The event had more than 500 registered attendees, not counting the more than two dozen vendors that are taking part in the conference’s expo, explained Korse.

During the first day of seminars a variety of speakers took the floor and spoke on a number of topics, including a panel led by Ruben Martinez, founder of Glamping Hub and co-founder of the American Glamping Association, on how to select the best accommodations.

Toby O’Rourke, CEO of Kampgrounds of America Inc. (KOA) spoke on how to best integrate glamping into a campground.

“Glamping isn’t about just the accommodation, it is also about the experience,” she explained. “As an owner, you need to focus on the little details and special touches that are going to elevate the experience in the campers mind.”

“Cabins stand out as the preferred way to glamp,” she pointed out. “42% of campers say they would prefer to stay in a cabin.”

Featuring vendors in both the fairground’s event center and outside on the fairground’s lawn, there are a variety of accommodation units setup for attendees to look through, including Conestoga wagons, bell tents, and traditional canvas tents, plus more.

Bringing together both glamping park owners and traditional RV park and campground operators, Kruse said that the blend is helping attendees learn more about the realities of managing these types of businesses.

The conference will continue today (Oct. 23), with a full slate of educational sessions and a full day expo.

Look for a full in-depth story on the summit in the November edition of Woodall’s Campground Management and online.