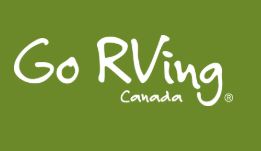 Go RVing Canada, an offshoot of the 20-year-old U.S.-based Go RVing Coalition’s national marketing program, continues to add to its successful “Bring Back Wildhood” campaign for 2018.

While it’s closely aligned with the U.S. program, Go RVing Canada was established to give Canada’s RV industry more creative independence in an effort to reach the country’s buyers.

Toward that end, Go RVing Canada conceived the “Bring Back Wildhood” campaign about four years ago. A play on the words “Wilderness” and “Childhood,” the initial “Bring Back Wildhood” ads – in both English and French – were met with immediate success, winning several marketing awards as it tapped into “the desire of Canadians to “rediscover their Wildhood.”

For 2018, Go RVing Canada has filmed several new videos as part of the Wildhood campaign, said Chris Mahoney, executive director of the Toronto-based organization that is funded through RVIA seal fee assessments on units shipped into Canada.

“We shot the evolution of Wildhood last year and launched it this year across the nation on TV broadcasts, as well as our initial launch through Cineplex during a very busy March break time, and through our regular digital channels, Facebook and other social networking channels. So we’ve got a larger buy than usual, but we have created this new evolution and I think that’s been a key component for us,” Mahoney told Woodall’s Campground Management, noting that the Cineplex component alone allowed the 60-second video to reach 3.7 million Canadian moviegoers over a two-week period.

In addition, Go RVing Canada has released five animated Mythbusting and RV 101 videos – in both English and French – with each geared toward overcoming misconceptions associated with RVing as identified by earlier consumer surveys. For example, the “How to Go RVing” animated video explains the ease of campsite setup, proper campground etiquette and the trip-planning benefits of Go RVing Canada’s website. Other videos in this series include “Let’s Go RVing in Canada,” “Tips for RV Buyers,” “Choose your Adventure and your RV,” and “How to Get Started with your RV.” To view the Mythbusting videos click here.

The Mythubusting and RV 101 series are about “breaking the tactical barriers” and guiding prospective RVers through the purchase cycle, Mahoney explained.Developed in conjunction with Citizen Relations marketing firm, the videos’ animation depicts a vintage style with whimsical music and a voiceover narrator providing key information in a humorous manner reminiscent of 1950s-era public service announcements.

“As we have been through a rougher time in the market than the U.S., we’ve had to take a very close look tactically at what we’re doing – and I think this is where GoRVing Canada does a good job, if I may be so bold. We get really strategic and tactical about what we do – and that’s not to say that the U.S. doesn’t,” he said. “Of course they do, but I’m saying that we take a look and say, ‘Okay. What are the barriers to Canadians to going RVing? Is it affordability?’ Well, we know that’s a big one, right, because we do tracking studies and we do research, and we do know that affordability has been a major issue for Canadians, given the economic downturn that we’ve had.

As for the rest of the Go RVing Canada efforts, Mahoney said everyone continues to “basically back up our efforts.” The program is under the direction of a board comprised of members of the Recreation Vehicle Dealers association (RVDA) of Canada and the Canadian RV Association (CRVA).

“We have a number of partnerships that we have taken on this year with the likes of Amazon, Vice, and Chorus – which is a big network up here – and with the sports teams like the Blue Jays, the Raptors and the Canadian hockey league. So we’ve really got a number of partnerships that we’ve launched through that and doing a lot of experiential marketing with those guys, as well as sponsorships,” he said.