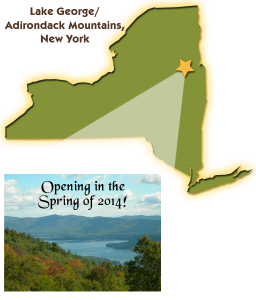 A large new campground along Route 149 near Fort Ann, N.Y., may be a reality after all, after plans to build the Chocolate Moose Campground fell through.

The Fort Ann site where the Chocolate Moose Campground was proposed has changed hands, and its new owners are planning to open the Moose Hillock Campground at that site in 2014, the Glens Falls Post-Star reported.

Joe Paradis, of Moose Hillock Campground in New Hampshire’s White Mountains, said his parents’ campground business has “grown tremendously,” and they decided to open a second campground in the Adirondacks.

“We had been looking at property for a long time, and my parents decided to open a new place in the Adirondacks. It’s a beautiful place over that way,” Paradis said. “Camping is our life. It’s what we do best.”

Work is already under way at the site to clear the recreation, playground areas and the campsites. The Fort Ann site will be called Moose Hillock Campground – NY, and Paradis’ brother, Ed Jr., will help develop and manage that site, Joe Paradis said.

Ed and Robin Paradis opened the New Hampshire campground in 1986, and had been looking for property for a second location for a while, Ed Paradis said. 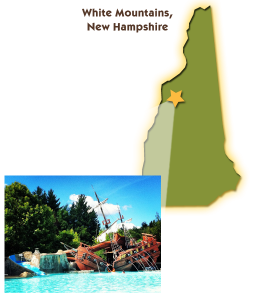 It will likely be similar to the existing campground in New Hampshire, though the New York property is larger than that one, Paradis said.

According to the company’s website, the New Hampshire campground has tent and recreational vehicle sites, as well as “rustic” cabins and cabin suites. Cabins are planned for the new campground in the future, but those won’t be available right away, Ed Paradis said.

Vincent and Donna Pagliaro had proposed the Chocolate Moose Campground for the 180-acre property near the intersection of Route 149 and Tripoli Road. After four years of planning and work, financing issues and delays, the Pagliaros decided to nix the project and sell the property, they wrote in an email to The Post-Star in February.

The couple had a difficult time convincing a lender to help finance the project. Acquiring all of the necessary permits and approvals for the project, including the Fort Ann Planning Board, the Adirondack Park Agency and the Department of Transportation, was also a lengthy process. Those approvals and permits remain in place at the property, Ed Paradis said.

The Pagliaros were approved for around 500 RV and tent sites, though this campground won’t likely have that many sites, to keep individual sites larger and more private. The owners plan to target a season that would run from mid-May to mid-October, and estimate the park will employ somewhere between 25 and 40 people.

The main complex will include a store and cafe, which will overlook a swimming pool with water slides and waterfalls. A recreation hall will be available for indoor activities, Ed Paradis said.

“Our goal is that families spend time together when they’re on vacation,” Ed Paradis said. “They’re busy 51 weeks of the year.”