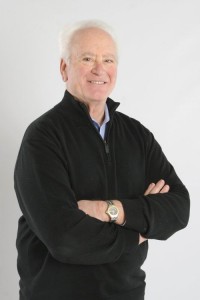 David Gorin is the president of Best Parks in America and the principal of David Gorin Associates LLC, a consulting company exclusively serving the RV park and campground industry. Gorin was the president and CEO of ARVC from 1987 to 2001. This column appears in the November issue of Woodall’s Campground Management.

A recent hospitality industry newsletter announced “Hotels on track to take in nearly $2 billion in surcharges.”

From the consumer point of view, the bad news is that the ancillary service fees continue to rise, increasing 5.4% in 2012.

The bad news from the hotel point of view and good news for guests, is that the hotels appear to be running out of things to charge for, at least for now.

The list of things that parks can charge for is pretty long. Are parks going to run out of new ancillary income sources?

On the hotel side, a recent study done by the American Hotel & Lodging Association (AH&LA) shows that 23% now charge for in-room Internet access, compared to19% in 2010. And during the same period, the number of hotels charging a fee to use fitness facilities climbed from 21% to 25%.

And here’s an interesting finding from the study: fewer hotels are charging for pets or assessing resort fees.

Resort fees? Haven’t seen too much of that yet among independent parks, but I do know that some large chains are assessing resort fees and becoming more all-inclusive in providing recreation and other services previously offered a la carte.

Here’s something that should sound familiar: “Not surprisingly, perhaps, guests find fees for Internet access among the most infuriating. “Expectations over Internet access are being set by other industries,” said Jessica McGregor, senior account manager at J.D. Power and Associates. “You go to a coffee shop or restaurant and, oftentimes, the Wi-Fi is free. Paying for it at a hotel goes against what people have come to expect.”

And they’re none too happy about it. According to J.D. Power and Associates’ latest survey on hotel guest satisfaction, released in July, guests who received complimentary Internet access reported an average score of 764 (on a 1,000-point scale) versus 688 for those who were charged a fee.

Sure would be interesting to see how guests in the park industry factor Internet into their satisfaction ratings.

Great parallels between the park business and the hotel business. The park industry needs to pay more attention and take the lessons learned in the hotel industry to heart.

The editor of one of the most widely read weekly RV consumer newsletters recently wrote an editorial in which he challenged the park industry to find “a creative business person (needs) to come along with a plan for an extensive network of low-cost, no-frills, self-check-in campgrounds, and then run with it.”

Here’s my response to this particular editor who is really a thoughtful, responsible and very experienced writer and RVer.

Here are a few challenges that even the most creative entrepreneur would face in trying to establish the kind of network you envision.

1. Nothing beats free. No matter how low overnight camping prices go, free is still a better deal. How do you compete when your competition is offering your services for free? Motel 6 (the example that you used to illustrate inexpensive, frill-free accommodations) has no free competition. No one offers free motel rooms at any level of amenities. As you well know, Flying J, WalMart, highway rest areas, and parking lots of all kinds are the overnight home of choice for many RVers on the road. They’re free. How many RVers would gladly pay $15 or $20 for a night when they can camp for free down the road?

2. No matter how we count the numbers, RVers and RVing comprise a very small universe when compared to the hotel and lodging industry. Maybe there are 10 million licensed RVs out there across the U.S. On any given night throughout the year, how many do you think are on the road looking for inexpensive overnight places to stay? It is highly improbable that there are sufficient numbers of RVs traveling each day to support any kind of extensive national network of inexpensive parks. The scale just isn’t there. You need prospects and potential customers to make a business work and the numbers just don’t work when you’re talking about RVs on the road. You can only fish where and when there are fish to be caught. How many RVers are there out there in January, February and March along the northern tier of the U.S? How many are there in mid-summer in south Texas, Florida and Arizona? We are talking about a very small market with very definite seasonal preferences.

Just to put the RV industry into a larger perspective, in 2011, there were 5.5 million cars and light trucks sold in the U.S. The same year, there were 252,000 RVs sold. Trip Advisor lists over 53,000 hotels. Compare that to about 8,500 private commercial campgrounds. And according to Wikipedia, there are about 300 million cars in the U.S. – compared with an estimate of maybe 10 million RVs. The RV and park industries are small change and the numbers just do not justify or point to a segment of parks that could be priced at less then what is currently offered.

3. The regulatory costs of operating a small hospitality-based business have to be amortized over a business of significant size and revenue in order to make any sense. Operating permits, licenses, personnel costs, health requirements, insurance, taxes, and other non-productive and non-revenue producing expenses add up and have to be covered regardless of the fees charged.

4. What constitutes inexpensive? I checked the Indianapolis area to see what Motel 6 offers. The Motel 6 website showed 14 motels within 50 miles of downtown Indianapolis. They ranged in price from a low of $39.99 to $54.99. Assuming an RV park could be priced at 50% of the cost of a Motel 6, that would put the competitive camping price in this area between $20 and $27. Is that inexpensive enough? Is that the price range you had in mind? I do believe in most parts of the country during most if not all of the year, parks are available in this price range, especially for those traveling with one of the many discount cards available. Could this price point compete with free?

There are campgrounds at all prices ranging from federal, state and county campgrounds to private sector campgrounds. Like any other product sold to consumers in the U.S., campgrounds come in all shapes, sizes, amenities, facilities and prices – ranging from free to the upper ranges.

I’m not sure you’re going to see a national network offering camping at anywhere below half of what a reasonably good motel would charge. Unless of course, WalMart decides to move into the market in a more formal way.

In case you missed this, a British company has introduced a new game called Camping Manager 2012. According to a recent release, the game provides the opportunity to build and manage your own vacation paradise. Keep your guests happy and you could earn a fortune! Choose your campsite and begin with the construction of your first tents and caravans.

Managing a campground reduced to a video game? I don’t know about you, but I’m conflicted about this. On the one hand, having a game about park management is flattering, kind of like the Robin Williams movie, RV, was flattering in a kind of backhanded way. On the other hand, reducing what you do to a video game seems a bit demeaning.

I guess it’s better to be flattered that to feel demeaned. Let’s go play!