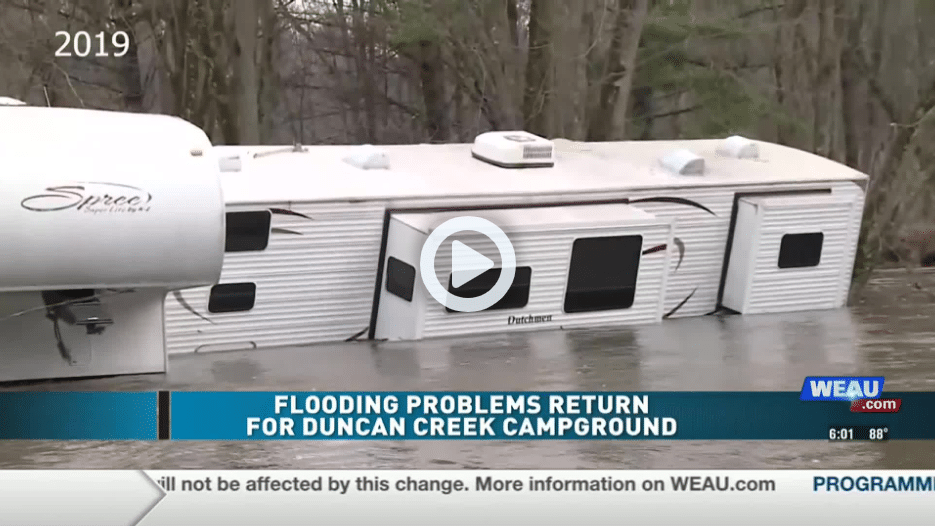 Jon Larson spent Tuesday (June 30) at Duncan Creek Campground, north of Chippewa Falls, Wisc., in a different way than what he had initially set out to do, according to WEAU.

“I thought maybe I could mow the lawn today, but it’s underwater so we’re gonna have to wait for that,” said Larson, a camper at Duncan Creek Campground.

However, it wasn’t just Larson’s lawn which was flooded, but other parts of the campground.

Large storms this week have put some parts of Duncan Creek Campground underwater, but it’s not the first time this has happened.

“The biggest thing right now is the water pressure, when the dam broke it was a huge gush of water, really fast, and this year we didn’t have the big gush, it was just slowly coming up,” said Michelle Harelstad, another camper.

“Well, if they were here last year they probably had an insurance claim if they had insurance. I doubt that that’s probably gonna work for them again because it’s high-risk here,” noted Harelstad.