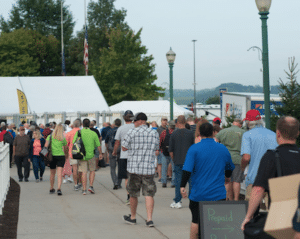 The Pennsylvania Recreational Vehicle and Campground Association’s (PRVCA) signature Hershey Show is often viewed as a harbinger of things to come in the RV industry. And if that’s the case, the North American RV industry should prepare for robust retail growth in the year ahead, judging by the attendance and sales at this year’s show.

Attendance has been impressive to say the least at this year’s event, officially called “America’s Largest RV Show,” with consumer days taking place Wednesday through Sunday (Sept. 11-15) of this week.

“Yesterday (Friday), we had a crowd of 11,361, which surpassed 2018 when we had 10,925,” reported PRVCA Executive Director Heather Leach. “So, yesterday was a really good day, and they’ve all been good days. We’re within reach of last year’s attendance when the association drew more than 59,284 people, so we’re pretty pleased.”

The all-time record is 64,154, said Leach, noting the weekend outlook – and weather forecast — were equally upbeat both for the show and the year ahead. “Yes, I know a lot of people always look at this show to see how the rest of the year’s going to go in terms of sales,” she said. “And everything that I’ve heard back so far has been positive, so I feel pretty good about the upcoming year.”

Beyond attendance, exhibiting manufacturers have been downright enthused with the profile of the attendees and their keen interest in the RV lifestyle.

“We’re seeing strong sales in motors and towables, more so than we were expecting,” noted Thor Industries Inc. RV Group Manager Matt Zimmerman, adding that the retail crowd at Hershey has been sizable, “energetic” and inclined to step up and purchase 2020 RVs.

“All segments seem to be really strong, particularly buyers of the heavier iron so to speak,” added Zimmerman, the former Keystone RV Co. exec who is still based out of Indiana’s Elkhart County. “Your higher dollar products seem to be extremely strong out of the gate, which isn’t a surprise necessarily because usually we see a little different buyer come in by the weekend. But I think it’s really encouraging for all of us in the industry to see the sales activity that’s occurred from the start early in the show.”

Equally encouraged by the pace of business at Hershey is John Sammut, vice president of sales and marketing for Nappanee, Ind.-based motorhome builder Newmar Corp. “Well, the traffic has remained very strong,” said Sammut, “but I would also say that it’s been quality traffic as far as people very much engaged in product, and in numbers, and qualified to buy. So, it’s been very good not only due to the quantity, but also the quality of traffic.” 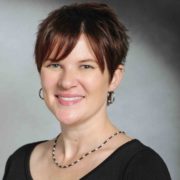 Sammut says Newmar’s on track to equal its 2018 Hershey sales, which in itself is a relevant statement given the general backdrop of this year’s industry shipment reports and the overall media buzz regarding where the RV industry – along with the national economy – is headed.

That market noise and turbulence, he maintained, is not evident at the Hershey Show, especially at the exhibit hosted by Newmar, a company for which business is up for the first seven months of 2019 by 2.3%.

“The turbulence in the market is unbeknownst to the people visiting the display because they don’t bring that stuff up,” said Sammut. “There’s been very little, if any, negative talk about the economy, fuel prices, interest rates or recession at all from the retail customer.

“The numbers within the industry certainly aren’t what they were 12 months ago, but they’re still healthy,” he added. “But rather than focus on the fact that the Class A motorhome market, which is what we’re pretty much concerned about, is down some at retail, I think we’ve got to remember that it’s still a very strong market from a retail standpoint. We still feel like we’re in a healthy retail market for our products and the Class A market.”

If, in fact, the Hershey Show is a signal of things to come in the North American RV industry, then the outlook for 2020 is “downright inspiring,” added Ron Mullet, general manager of Forest River Inc.’s Salem and Wildwood towable brands.

“We felt last year was a pretty darn good show and this year is clearly exceeding it,” said Mullet,“ and I hope dealer inventories are in a position to be able to handle the demand they’re going to see – assuming that Hershey is a predictor of what the market will be in the year ahead.”