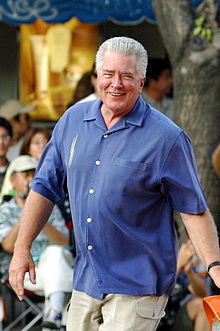 He had retired there quietly late last year — or as quietly as an interested public would let him, the announcement that he would make no more programs being news throughout the state and prompting tributes and some expressions of concern that now will be multiplied many times over, the Los Angeles Times reported.

Howser was a boyish 67 years old.

If you lived in California in the last few decades and owned a television you likely have an opinion, and quite possibly do an imitation, of Howser, and it probably involves the phrase “That’s amazing!” With his healthy glow, broad shoulders and Marine-trained bearing, his melodious Tennessee accent and hound-friendly demeanor, he cut a big figure on the small screen.

Under the banners of his several public-television series, including “Videolog,” “California’s Gold,” “California’s Green,” “Downtown,” “Road Trip” and “Visiting,” Howser roamed the city and the state, its parks and diners, factories and museums and mom-and-pop shops. He created a moving-picture library of this place in that time: its common spaces, its secret corners, its many colors.