Humphreys to Give Keynote Speech at Hall of Fame Banquet 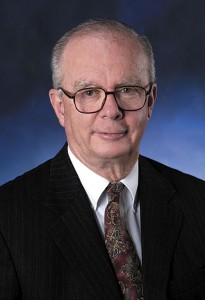 David J. (Dave) Humphreys, former president of the Recreation Vehicle Industry Association (RVIA), will be the featured speaker at the 2012 RV/MH Hall of Fame (Hall) induction dinner in Elkhart, Ind., on Aug. 6, according to Darryl Searer, president of the RV/MH Heritage Foundation.

Those to be inducted this year include the late Nelson and Mary Emily Jackson, founders of Ocean Lakes Family Campground in Myrtle Beach, S.C.

“We are honored to have Dave, who was inducted into the RV/MH Hall of Fame in 1997, as our keynote speaker,” Searer stated in a news release. “He not only helped guide the RV industry through its many ups and downs during the past 30 years, he ably represented our industry by participating in other segments such as the American Recreation Coalition and the Travel Industry Association. He was also a major architect of the successful GoRVing market expansion program.”

Humphreys served as president of the RVIA from Jan. 1, 1979, until Jan. 30, 2006, following 10 years of service as RVIA’s outside legal counsel. Since retiring from RVIA, Humphreys has been practicing law and acting as a consultant to various organizations including RVIA.

During his presidency, Humphreys was the leading spokesman for the RV industry. He has been active for many years in the Travel Industry Association of America (TIA), the umbrella organization for all segments of the travel and tourism industry. He has been a member of TIA’s board of directors and was its national chairman from 1990 to 1991. He has also been a member of the board of directors of the American Highway Users Alliance (formerly Highway Users Federation). In 1981, he was awarded the RVIA’s National Legislative Award and again in 1997.

Festivities begin with a cocktail reception at 5 p.m. followed by a gala dinner and induction ceremony. During the cocktail reception, attendees will be able to tour the Hall’s many attractions including the antique unit collection in the museum, library and the GoRVing Hall.