With southeast Texas still recovering from Hurricane Harvey, most of Florida is bracing for the impact of Hurricane Irma, now a Category 5 storm laying devastation to the Leeward Islands and Puerto Rico.

As of this morning (Sept. 6), officials at the National Hurricane Center are predicting Irma will reach the southern tip of Florida sometime Sunday night as either a Category 3 or 4 hurricane and travel north through the center of the state. Either category can cause major damage, as sustained winds will range from 111-156 mph — enough to rip roofs off homes — coupled with potential flooding due to anticipated rainfall and/or storm swell.

RV dealerships and campgrounds in the likely path of Irma are busy preparing as best they can, including the evacuation of campers. 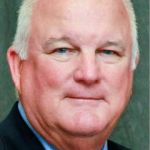 Florida RV Trade Association (FRVTA) Executive Director Lance Wilson, who already had to cancel the organization’s state convention scheduled for Thursday through Saturday, told RVBUSINESS.com this morning that they were “boarding up and hauling ass.”

“Actually, we’re waiting until the next update where we can hopefully get a clearer picture of where and when it’s going to break up and where it might be headed. There’s really nowhere in Florida you can run, not with the size of this thing right now. But we’ve all been through this before — maybe not something exactly like this, but everybody pretty much knows what they have to do to get ready,” said Wilson, who was buying duct tape at a Lowe’s Home Improvement Store when contacted by RVBUSINESS.com. 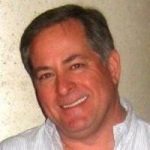 Ron Fleming, vice president and national general manager of Tampa-based Lazydays RV, said their “first priority is our customers, especially those staying at our resort, and then our employees and then our assets; that’s the way we look at it. There’s a lot of work to do and, after that, we pray.”

“It’s just your basic ‘batton down the hatches,’” he said. “We move the sliderooms in. We chock all the wheels. And we get the big motorhomes strategically placed in front of all the towables so all the lighter-weight units can be as protected as we can make them. And then all of our service area people will walk around the property securing trashcans and, really, anything that can become a projectile.

“We have a hurricane prep team consisting of about 12 people, all heads of various departments, who track the hurricane and direct our efforts on an almost hourly basis — in fact we have a meeting coming up at noon. We’re far enough out at this point where we can get a head start on what we need to be doing,” Fleming added.

Part of the uncertainty has to do with the massive size of the storm, pointed out Bobby Cornwell, executive director of the Florida Association of RV Parks & Campgrounds (FARVC). As of Wednesday, Irma was 400 miles in diameter, which is enough to cover the entire length of Florida.

“This one, right now, is so unpredictable and it’s so big it could go directly right through the middle of the state. At that point, I don’t know if there is a safe place in Florida. It would just encompass the whole state,” said Cornwell.

Cornwell said about 30-40 parks so far are following the evacuation orders that are being issued by local county emergency management services, like Monroe and Dade counties. Also, some other campgrounds further north and along the East Coast that are not under mandatory evacuation are taking heed of all the warnings and evacuating.

“It takes time to get the campers out of there so some of them are just being very precautious for the safety of the campers and are going ahead and evacuating now,” Cornwell said, adding that inland parks are stepping up with assistance.

“We’ve had numerous calls from members in central Florida,” he said. “They’re predicting they’re going to be as fine as you can possibly get. They’re telling us they’re open, they’re planning on staying open and they have vacant sites so they’re welcoming campers that are fleeing the coastal areas.”

Lynda Phelps, owner of Upriver RV Resort, in North Fort Myers, Fla., located on the Caloosahatchee River, about 28 miles north of Fort Myers Beach, told RVBUSINESS.com that her staff is in preparation mode as Hurricane Irma barrels through the Caribbean.

“We are securing shutters, any loose items and bringing the boats out of the canal,” she said. “We are also telling residents to prepare for evacuation and plan to have everyone out of here by Thursday.”

With 352 sites, Phelps said they are trying to get as many RVs cleared out of the park as possible, but that they plan to put the ones that are left into storage or bunch them up and tie them down. “We are going to do the best we can,” she said.

Phelps said that not everyone wants to leave, but that at this point it is a necessity. With images of Hurricane Harvey, which struck the south coast of Texas only a week-and-a-half ago, fresh in everyone’s mind, Phelps said that residents are realizing the potential danger that is lurking right around the corner.

The park has been through a major storm before when Hurricane Charley hit in 2004, leaving tree limbs, downed fences and standing water. Phelps added she hopes this hurricane doesn’t impact their ability to do a planned expansion of the park in April.

“We have already gotten approvals for the expansion, so we will have to see what happens here,” she said.