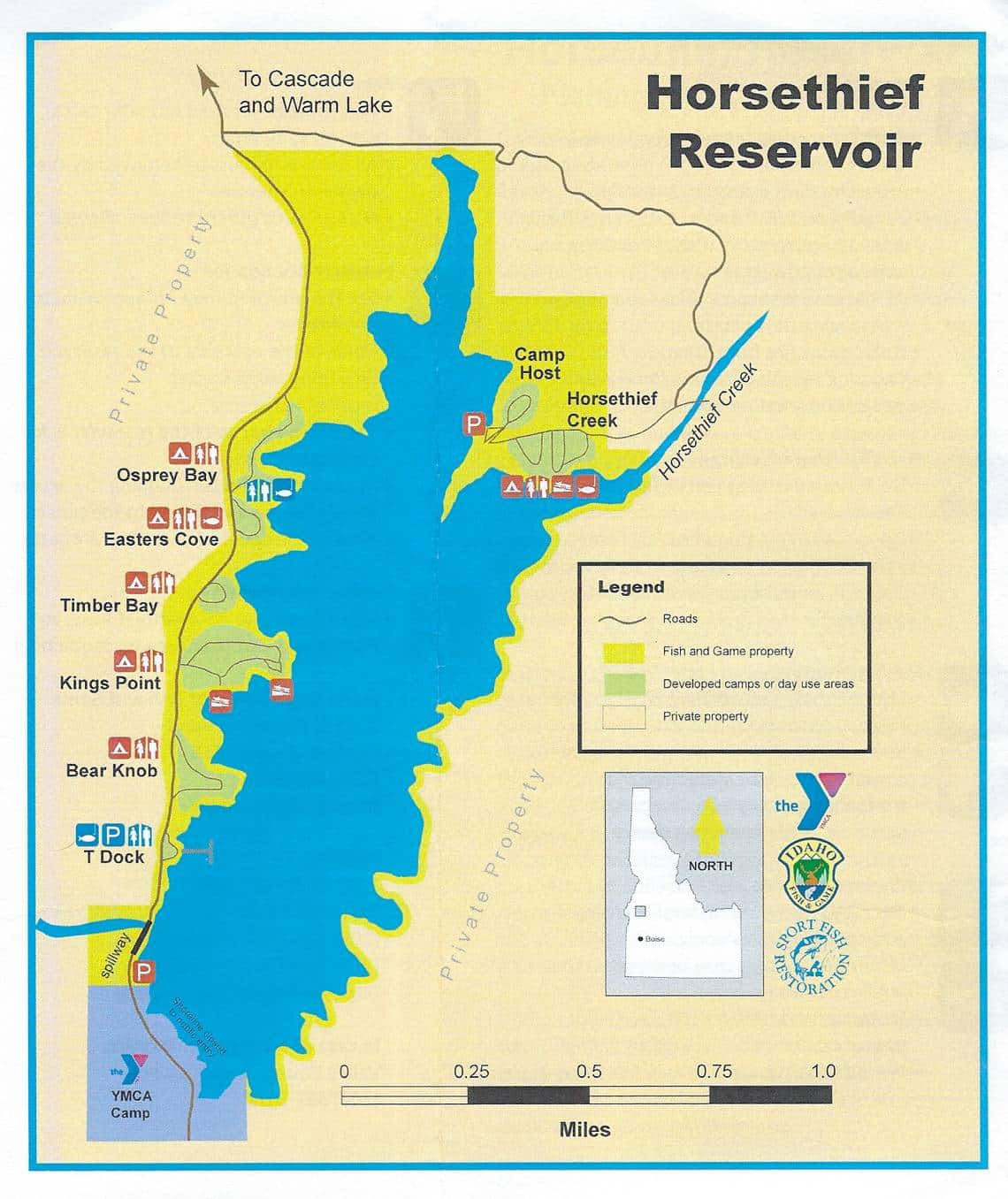 A popular Idaho campground has reopened after being shuttered for the summer for renovations, and it won’t be the last site in the area to receive an upgrade, according to the Idaho Statesman.

Though they’re on Idaho Department of Fish and Game property, the campsites surrounding Horsethief Reservoir have been managed by the Treasure Valley Family YMCA, whose Y Camp: Horsethief Reservoir site is nearby. The YMCA and IDFG struck the deal in 2017 in an attempt to cut down on Fish and Game expenditures at the site and improve the area surrounding the Y Camp, which at times was blighted by rowdy campers and inadequate bathroom facilities.

“There was no fee (to camp there) and people were abusing the use of the public campgrounds,” Gill said. “There were a significant number of calls to the Valley County Sheriff’s Office.”

Kings Point closed in mid-July to allow for construction. Gill said the campground is the only one of the six at the reservoir that is open year-round.

“We’re pretty proud of not only the improvements going on at the campgrounds but also making it more family-friendly and a safer environment for recreational users to enjoy,” Gill said.

Construction on Kings Point cost about $725,000, Gill said, the bulk of which came from grants for improving RV camping opportunities. Additional funds came from the $15 usage fee implemented at Horsethief in 2017.

It’s not the first improvement made at the site since the 2017 deal — nor will it be the last. In 2018, officials added hookups to the campground on the northeast shore, which cost $480,000, Gill said.

Next year they’ll use a $900,000 grant to upgrade Osprey Bay and Easter Point. Additionally, there are plans to improve the Timber Bay and Bear Knob sites in the future.