Illinois Campground Cited For Over 50 Violations 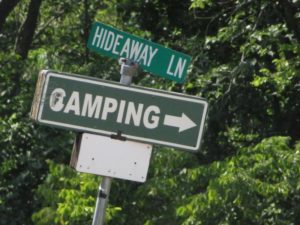 A local campground that has gotten attention from recent incidents involving law enforcement was cited for more than 50 violations after their annual inspection last week, according to Kendall County, Ill., officials.

Matt Prochaska, chairman for the Kendall County planning, building and zoning committee, said officials cited violations against Hide-A-Way Lakes Campground off of Van Emmon Road in Oswego Township, including 33 inoperable vehicle violations and 29 junk and debris violations, according to kendallcountynow.com.

He said that was following the inspection for the campground that occurred Sept. 12.

“So, there was quite a bit out there,” Prochaska said.

The preliminary inspection results come after county officials called for a full inspection of Hide-A-Way Lakes Campground in light of several recent events that happened at the campgrounds, including an apparent hit and run, an aggravated assault involving the unlawful use of a weapon, a crash involving a car and a train and a residential burglary.

Tom Tanner, owner of the campground, has accused the sheriff’s office of unfairly targeting him and said he is in compliance with his county-issued special use permit.

Prochaska said there were no cited violations specific to the campground’s special use permit and the less-serious violations came from other county ordinances. He said the county cannot guarantee whether anyone lives on the campground longer than four months at a time because management doesn’t keep track of when visitors leave.

“The only way to figure that out is if we get a copy of his books once a month,” Prochaska said.