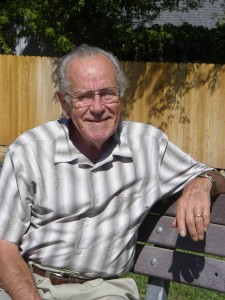 John Imler, a pioneer in California’s private campground and RV park business, who helped shape state laws governing RV parks and wrote some of the most widely read books on campground design and campground management, passed away Dec. 5 at his Sacramento home surrounded by family members. He was 84.

“Whether he was offering advice on how to design and manage campgrounds, and RV parks, or shaping laws that govern private parks, John Imler had a profound impact on the private campground and RV park business, not only in California, but across the country,” said Debbie Sipe, executive director and CEO of the California Association of RV Parks and Campgrounds (CalARVC).

According to a press release, Imler was also an ordained minister who left the Christian ministry for the business world for 45 years, only to return to his faith in later years, an evolution he documented in his 2009 book, It’s Never Too Late.

Originally from Indiana, John and his wife, Ruth, and their three children, moved to California in September 1971 after they purchased a 20-acre feedlot in Dunnigan, Calif.

The real estate flyer said: “Raise Your Beef Cattle Here!” the Imlers later recalled. But the Imlers had a different idea and developed their first RV park on the property, which they opened in May 1974 as Campers Inn.

The following year, John and Ruth attended the first state convention of the California Travel Parks Association (CTPA) and became members of the association.

While the Imlers expanded their business to include Dunnigan Mobile Home Park in 1978, John ran CTPA as its executive secretary from 1978 to 1981.  He later served as a board member of CTPA and president from 1982 to 1983, as well as a board member of the National Campground Owners Association (NCOA), which was subsequently renamed the Association of RV Parks and Campgrounds (ARVC).

“John was one of the early government affairs advocates for the RV park industry,” said David Gorin, a longtime advocate and campground industry consultant, who helped establish ARVC as the voice of the North American campground industry.

The Imlers sold their RV and mobile home parks in 1985, but remained very active in the industry. In 1986, John and Ruth Imler, along with Tug and Judy Miller, formed Executive Services Group (ESG), an association management company and served as CTPA’s Director of Government Affairs until 1994, when he and Ruth left ESG.

John Imler also worked as an industry consultant, designing parks and preparing feasibility studies. He ran a mystery guest program, in which RVers would visit parks and write critiques to help parks improve their guest satisfaction.

While John Imler was involved in many government affairs efforts throughout his lifetime, he is best known for his efforts to legalize the sub-metering of electricity in RV parks. He also facilitated a major rewrite of Title 25 governing RV park regulations in California and launched an effort to ban free camping along the Orick lagoon spit, which is located along the Northern California coast, about 40 miles north Eureka.

In 1996, ARVC recognized John as the “Educator of the Year” during the association’s annual convention, in recognition of his continual contributions to the education of campground and RV park owners, and operators, across the country.

In 1998, John was appointed to the faculty of ARVC’s School of RV Park & Campground Management, which was held annually in Wheeling, W.V. He also served on the school’s Board of Regents.

Imler authored four books dealing with the RV park industry, including The RV Park Business; Being A Successful Manager of an RV Park; Resort or Campground; So You Want to Buy Your Own Campground; and Designing RV Parks & Resorts for the 21st Century.

“These texts were widely read and followed throughout the industry,” Sipe said, adding that Imler was also a regular columnist for Woodall’s Campground Management.

Upon his retirement in 2012, John Imler said, “Ruth and I have enjoyed our years of working in this great industry. During those years we have made many friends and trust that we have been of help and service to some.  We continue to wish you many joys as you continue in your service to the RV park industry.”

For his efforts, John Imler was awarded CalARVC’s highest honor, the Stan Martin Award in 2001. A private ceremony with the Imler family will be held graveside later this month.