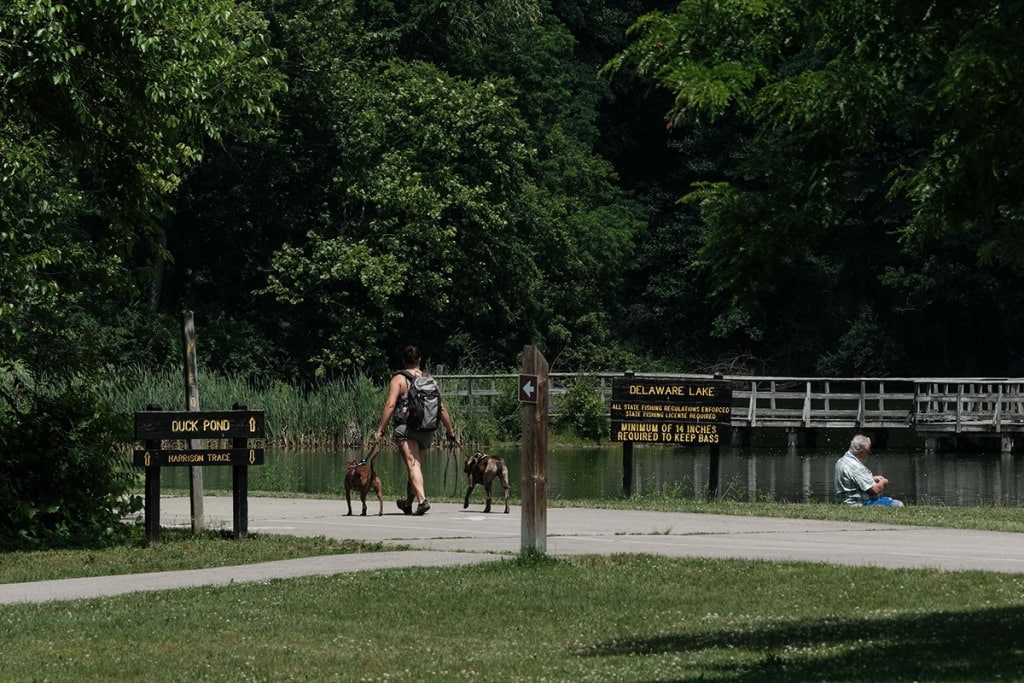 Fort Harrison State Park’s Fall Creek Trail is among many state park amenities that will benefit from more than $50 million in upgrades across the state. The playground will be improved, to comply with standards set by the Americans with Disabilities Act. (IBJ photo/Eric Learned)

Indiana’s state parks, forests and trails — long starving for cash and maintenance — will receive a $57 million boost this year that includes money for improvements at nearly 50 state properties and the first new state park inn in more than 80 years, according to a report by the Indianapolis Business Journal.

The State Budget Committee recently released $5 million to start designs for an inn at Potato Creek State Park near South Bend and another $52.2 million for improvements at multiple Department of Natural Resources properties — from trails, playgrounds and the dam at Fort Harrison State Park to the inn, restrooms, playgrounds and trails at Spring Mill State Park.

“DNR, along with many other state agencies, in candor, has probably never fully recovered from the 2008 recession,” said Mike Smith, Department of Natural Resources’s deputy director and chief financial officer. “Some programs were reduced and cut immediately. We’re trying to catch up a little bit.”

Money for general maintenance and improvements was approved from a $150 million fund the General Assembly added to the 2020-2021 budget during the 2019 legislative session for deferred maintenance projects across the state.

Money for the inn comes from the $2 billion revenue surplus the state found itself with two weeks before the end of the legislative session this year. With that money, the General Assembly set aside $550 million for certain capital projects.

Click here to read the full report by the Indianapolis Business Journal.