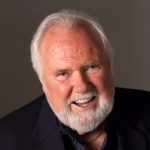 Born in Klamath Falls, Ore., into a farming and logging family, Lee served in the U.S. Navy and worked at as an equipment buyer for North American Rockwell in the Apollo space program, meeting and marrying wife, Terry, in 1961. In 1968, Lee left the aerospace program and with two friends started a camper manufacturing business in Oregon.

“We left our families and took off up I-5 having no idea where we were going to get off,” Bob reminisced in Family Motor Coaching magazine, adding that they ended up in Junction City and began what would ultimately become Monaco Coach Corp. In 1972, Lee left Monaco to start his own company, working days as an RV service manager at a Ford dealership and building camper canopies in the evenings in a rented garage with partner Lowell Swartz.

Lee’s business, incorporated in 1974 as Country Camper after his daughter’s Barbie doll camper, built truck campers. And when the demand for slide-in campers waned in the late 1970s, he decided he wanted “to be in the high end of the RV market as that wasn’t as volatile.” In 1984, his company, renamed Country Coach, grew to encompass more than eight city blocks in Junction City, employing 1,500-plus employees at its peak. “Building hundreds, not thousands per year, allowed Country Coach to focus on the quality upon which the business had been founded,” Lee stated in FMCA’s magazine. “I always told my employees, ‘Build it as if your own mother will be driving it,’ and they did.”

Country Coach’s product lines included both front- and side-door entry diesel pusher motorcoaches in lengths of 32 to 45 feet with up to four sliderooms. Country Coach built at least 12 different Class A models on its own custom-tuned DynoMax chassis as part of a company that became one of the industry’s premier manufacturers of luxury diesel pusher motorcoaches and pioneered numerous innovations such as a coach systems monitor with speech processor, an air leveling system, HVAC control technology and hydronic heating coach systems. He also introduced code-compliant, production line, custom bus conversions.

“There were definitely some challenges to overcome,” said Terry Lee, who served as corporate secretary and treasurer for the company’s first 20 years. “When we had the gas crunch in the late 70’s/early 80’s, we also built trailers and park models, too. We even put our employees to work fabricating stove inserts — anything to survive the industry downturn.”

Lee also fell victim to the “Great Recession.” He attempted to rescue Country Coach after he bought back the company with a group of investors in 2007 but it ended in failure when the economic turndown decimated the local industry. Country Coach abruptly shut down during its 2008 holiday break and was forced to declare bankruptcy. Its 500 remaining employees lost their jobs.

Two other local RV makers, Monaco and Marathon, laid off hundreds of their employees about the same time. Combined, the layoffs were a huge hit to the local economy.

Terry Lee said he maintained a positive, can-do attitude throughout his business career. “I always had faith in Bob,” she said. “He was a glass half-full kind of guy.”

The Lees worked in what was to become a family operation with brothers Ron and Lenard Lee and, later, Bob and Terry’s daughters, Kenda and Brenda.

For many years, the Lees logged 10,000 to 15,000 miles a year on their motorcoach, traveling to industry shows and rallies, where they’d park beside Country Coach owners. “Motorcoachers are the best source of information as to what is most important to have designed into their home on wheels,” Bob always said. So, he and Terry would listen, gather ideas and then take that input back to his Country Coach team. The next model year debut usually found many of those motorcoachers’ suggestions incorporated into the new coach designs.

Lee sold Country Coach to National RV Holdings Inc. in 1996 and continued to serve in an advisory capacity for the firm for several years until the legendary motorhome builder was forced into Chapter 7 bankruptcy in 2009. He also built Desert Shores Motorcoach Resort in Indio, Calif., a high-end luxury RV resort. He later launched Oregon Motorcoach Center, a service and coach renovation facility in Eugene, Ore., with daughter, Brenda, and co-owner son-in-law Pat Mason.

The Lees were founding members and long-time supporters of the Country Coach Friends Inc. club.

Recognition of Lee’s accomplishments came from many avenues. Country Coach was presented the Oregon Governor’s Award for Corporate Excellence in 1984, the Private Industry Council’s Outstanding Employer Award in 1987, the U.S. Senate Productivity Award in 1988, Oregon’s Private 150 Award in 1994 and the Recreation Vehicle Industry Association’s (RVIA) “Distinguished Service to the RV Industry” award in 1995. Lee, who was inducted into Elkhart, Ind.’s RV/MH Hall of Fame in 2000, also served for nearly 30 years on FMCA’s Commercial Council and chaired RVIA’s National RV Trade Show for many years.

While there will be a private family gathering to celebrate Lee’s life at a later date, the family asks that in lieu of flowers, memorial donations be made in his name to Junction City Local Aid, P.O. Box 493, Junction City, OR 97448. Arrangements are being handled by Murphy-Musgrove Funeral Home, the guestbook for which can be accessed at www.musgroves.com.