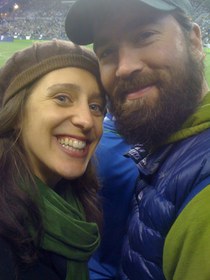 Editor’s Note: The following opinion piece by Lucas St. Clair appeared in the Bangor (Maine) Daily News. St. Clair is the president of the board of directors for Elliotsville Plantation, a foundation that focuses on the conservation and preservation of open space for the benefit of the public and the conduct of educational and stewardship programs in Maine. He is the son of entrepreneur and environmentalist Roxanne Quimby.

Maine’s northern woods are changing, and those changes have created an unprecedented time of uncertainty and transition.

Large tracts of former timberlands are being bought and sold, as the nature of the wood products industry changes and adapts to new pressures and opportunities.

Holding companies have replaced paper companies as the largest owner of Maine woodlands, and their need to realize short-term returns for their shareholders is having an impact.

And people are moving away.

There’s no question that things are changing — and changing fast — and that the people and communities who depend on the woods have legitimate reasons for concern.

As the president of the board of directors for Elliotsville Plantation, I speak for the organization when I say we are committed to helping to protect the special natural places in our state and preserving access to recreational activities, including hunting, fishing, hiking, camping and snowmobiling, while also growing Maine’s economy and creating well paying jobs, particularly in rural areas. 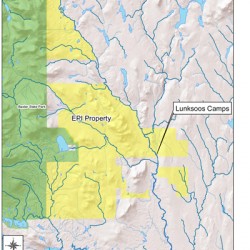 Maine property is yellow is owned by a foundation that hopes to turn the land into a national park. A portion of Baxter State Park is in green.

We believe that the best way to accomplish those goals is through the creation of a national park on land Elliotsville Plantation owns east of Baxter State Park and the creation of a recreational area that would be open to fishing and hunting, while also providing critical, permanent connections for snowmobilers.

But we also believe that the best way to develop a plan to accomplish these goals is through a collaborative process that takes into account the concerns and aspirations of stakeholders who care about Maine’s woods.

In September, we withdrew a specific plan that we had submitted to the U.S. Department of Interior concerning a national park.

While the plan was not under active consideration, it had become clear that we needed to re-evaluate the specifics and get more input, particularly from the people who live close to where the park would be established.

I grew up in Guilford and understand that big decisions in Maine are best made as a community.

We still want to donate land for a national park and recreation area, and we believe that common ground can be found to create a plan that helps strengthen the economy of towns in the region, provides for continued traditional recreational uses and celebrates the cultural heritage of the area — including the timber industry.

I’m a father, and I would like to see one of Maine’s most beautiful places preserved and kept open, so my daughter can enjoy it like I have.

I’m a fishing guide, hunter and hiker, and I’ve had the privilege to travel around the country and see many other national parks. The beauty of the East Branch, and the areas around it, ranks among the most impressive that I’ve seen, providing important wildlife habitat and recreational opportunities.

And I also understand the deep connection between the land and the people in communities such as Millinocket. For generations, the woods have been their bread basket and playground, the place they have gone to earn a paycheck, to feed their families and to enjoy the outdoors.

They are willing to work hard to sustain their way of life.

The combination of a national park and a recreation area with discrete boundaries located east of Baxter State Park can be compatible with the existing and future wood products industry, while diversifying the economy of the region and creating new jobs.

It’s an idea that has the potential to provide the best of both worlds: maintaining the strong connection between people and the land, while also helping the economy grow.

That’s the broad outline of what is possible. The specifics are yet to be written and will depend upon an ongoing and open dialogue among those who care deeply about the Maine woods and want to help to create a path that will provide environmental stewardship, new jobs and access.

Our immediate plan is to listen and to learn.