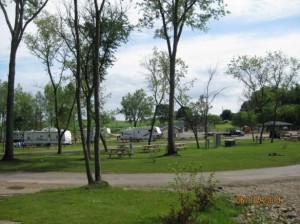 Federal prosecutors say an Iowa woman destroyed a wetland while building a campground in Dubuque, Iowa, and has been charged with a felony violation of the Clean Water Act, KCRG-TV, Cedar Rapids, reported.

Elaine Kelly is due in federal court today (March 13) in Cedar Rapids for a plea hearing. The 65-year-old grandmother is co-owner of the Hoot Owl Hollow Campground, which was praised by city and business officials when it opened in 2010 on land Kelly owns.

But prosecutors say Kelly’s construction activities destroyed a wetland near Catfish Creek, which flows into the Mississippi River several miles away. They say she was ordered by the U.S. Army Corps of Engineers to stop the project, but she ignored the warnings and finished construction.

If found guilty, the former restaurant owner faces up to three years in prison.