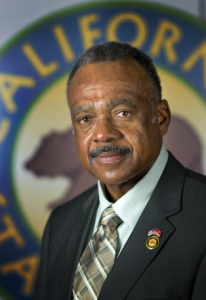 Anthony Jackson can relate to the many Californians who are furious with the state Parks Department.

The retired Marine and his wife were among the outdoor enthusiasts who dug into their pockets this year to save a beloved local park after Gov. Jerry Brown’s administration announced there was no money to keep dozens of them open.

Then it turned out that parks officials had concealed tens of millions of dollars — enough to keep almost everything operating — from state bookkeepers.

Now it’s Jackson’s job to make sure nothing like that ever happens again. In November, Brown appointed the state government neophyte to run the Parks Department, which has 280 facilities across 1.4 million acres and a $500-million budget this year, the Los Angeles Times reported.

“There’s a lot of pressure on me,” Jackson, 63, said in an interview. “Sometimes my wife chuckles, ‘You’ve got yourself in it.’ ”