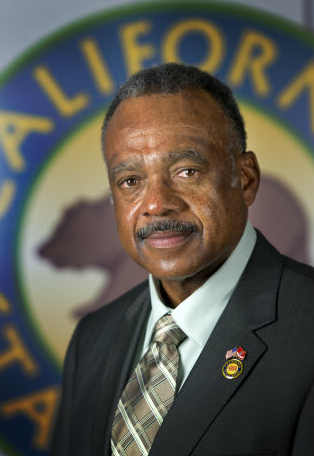 When he retired last year at the age of 63, Maj. Gen. Anthony L. Jackson, a highly decorated marine whose 36 years of service included stints with Operation Iraqi Freedom and numerous other command posts, headed for the hills – and the beaches, the woods, and mountains.

Jackson purchased an RV as a retirement gift for himself and his wife, and hit the road to explore California’s state parks. Cut to a year later, and Jackson has just been sworn in as the new director of California’s Department of Parks and Recreation.

The department has had a bumpy year, with its last director resigning in disgrace after officials were discovered to have hidden over $50 million of parks money in special funds. Prior to that, dozens of parks went on the closure list due to lack of funds, while private citizens rallied to save them.

The new director brings managerial experience, knowledge of renewable energy and environmental issues and a deep love and respect for the outdoors. Gov. Jerry Brown said he’s confident that under Jackson’s leadership, The stewardship of California’s beaches, forests, estuaries, dunes and wetlands is in good hands and that the confidence and trust of Californians in our Parks Department will be restored.”

But is that easier said than done?

How does Maj. Gen. Jackson plan to rehabilitate the beleaguered department? Which parks are most in need of attention? Will he be able to maintain the glory that Teddy Roosevelt famously described, after visiting Yosemite, as “…a great solemn cathedral, far vaster and more beautiful than any built by the hand of man”?

On how he’s planning to rebuild the trust of the park employees?

“The first thing you have to do is find out what the problem is. We are in the middle of a couple of audits and investigations. What I am doing is on a weekly and monthly basis now I am looking at our expenditure and budget and seeing where the money is going. That alone will give that kind of transparency that the top and for all those people who need to know will give an idea of where each and every penny is going. We have that already in the works and we have seen where we are to date. We are putting some of the past practices well behind us.”

How are you planning on regaining contributor trust?

“I’ve already met with several of the important foundation folks and I’m out meeting people at the ground level, letting them see me and get to know me as a manager and leader and person who is responsible and believes that integrity comes first and for most. Part of it is very personal. Leadership is all about people and gaining their trust and living up to the trust that they give you.”

What ideas do you have to deal with the over popularity of the parks?

“I’ll start by addressing the several thousand people, over 600 park rangers, all the people in the headquarters and at the field, I’ve only been here a two weeks and I’ve already been out and tried to shake as many hands as possible and meet the people. What I see are very high quality and dedicated people to the task of winning back the public trust and at the same time executing the mission of the parks to protect the parks and protect the natural resources, all the things that the park symbolically stands for.

On the other hand you’re right we have over 65 million people visit the parks on an annual basis and they have high expectations. What I found every time as an everyday consumer at the parks was they were all dedicated, even not knowing I would later be the boss of their department, they treated me as if I was a special person. And they are still out there doing that every day.”