Jarvis to Address Parks and Health at Forum 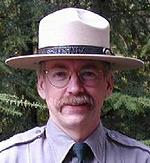 Co-hosted by the Institute at the Golden Gate and the Golden Gate National Parks Conservancy, the conference will be held April 5-6 at Fort Baker in Sausalito, Calif., according to a news release

Speaking to more than 100 leaders in health care, the environment, nonprofits, government and business, Jarvis will lead discussions on how the NPS can most effectively help drive health and wellness initiatives in America’s local, state and national parks, and how parks can promote healthier lifestyles leading to reduced health care costs.

“Parks are a great untapped resource in fostering health and wellness across the U.S.,” said Jarvis. “Our national parks have always been loved for their symbolism and scenery, but we aim to increase the awareness of all parks as places for exercise and healthy living.”

As numerous national studies have shown, America’s health crisis has manifested itself in dramatic increases in heart ailments, diabetes, obesity and other diseases. Driven by inactive lifestyles and poor nutrition, the Centers for Disease Control (CDC) estimates that 72 million adults in the United States are medically obese and more than 40% do not exercise regularly.

However, research suggests that exposure to nature and participation in outdoor exercise have significant health benefits, including improved wellness and mental health, reduced stress and lower blood pressure. As a result, parks across the U.S. and around the world are now realigning their focus to promote the positive connections between the health of the natural world and the health of humankind.

As part of its leadership role in Healthy Parks Healthy People US, the NPS has expanded First Lady Michelle Obama’s Let’s Move program to include Let’s Move Outside Junior Rangers, and is also forging links with other relevant parks-inspired health programs, including Children & Nature, Park Prescriptions, Food for the Parks and No Child Left Inside, and others.

“America’s Great Outdoors promotes greater access to nature as a catalyst to better human and community health,” Jarvis said. “Our leadership inHealthy Parks Healthy People US supports these efforts and speaks to the Park Service’s century-long commitment to preserve the environment for responsible public access and the enjoyment of all Americans.” Across the country, parks of all sizes are beginning dialogues and developing programs with the healthcare community, and private sector partners including Kaiser Permanente and UnitedHealth Group, have stepped forward in support of NPS goals.

“The connections between personal health and America’s parks have been evident since before Boston Common was set aside as one of the world’s first public parks in 1634,” Jarvis concluded. “Then and now, parks are a direct reflection of the American ideal that public lands must be protected from rapid urbanization, and that personal access to the natural world plays a vital role in our physical and emotional well-being.”