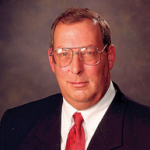 Jay Hesse, president of Blue Ox, has donated $5,000 to the RV/MH Heritage Foundation, Inc.’s current “Burn the Bank Note” campaign for its Elkhart, Ind.-based RV/MH Hall of Fame and Museum.

According to a press release, Hesse, who also serves on the Hall’s executive committee as vice chairman, proposed to Hall President Darryl Searer an idea designed to reach the “Burn the Bank Note” challenge even sooner. Hesse’s idea is what he describes as a “Peer Challenge.”

The “Peer Challenge program” works like this: Once a company or individual makes a contribution of $1,000 or more, they could challenge up to three other companies. The challenger would go to the Hall’s website and enter a few lines of information about the company or individual they intend to challenge. The web program then generates and sends a personalized, detailed e-mail informing them that they have been challenged to match the donation.

Searer said, “This is a great idea. Jay’s Peer Challenge program should help us achieve our goal much quicker. I’ve learned since becoming president of the Hall that people in both the RV and manufactured housing industries are generous and would be happy to make a contribution if asked. And the ‘Peer Challenge’ makes it easy to ask.”

Tax-deductible gifts, adds Searer, may be made by mail, in person at the Hall, by phone at (800) 378-8694, or through the Hall’s web site at www.rvmhhalloffame.org.