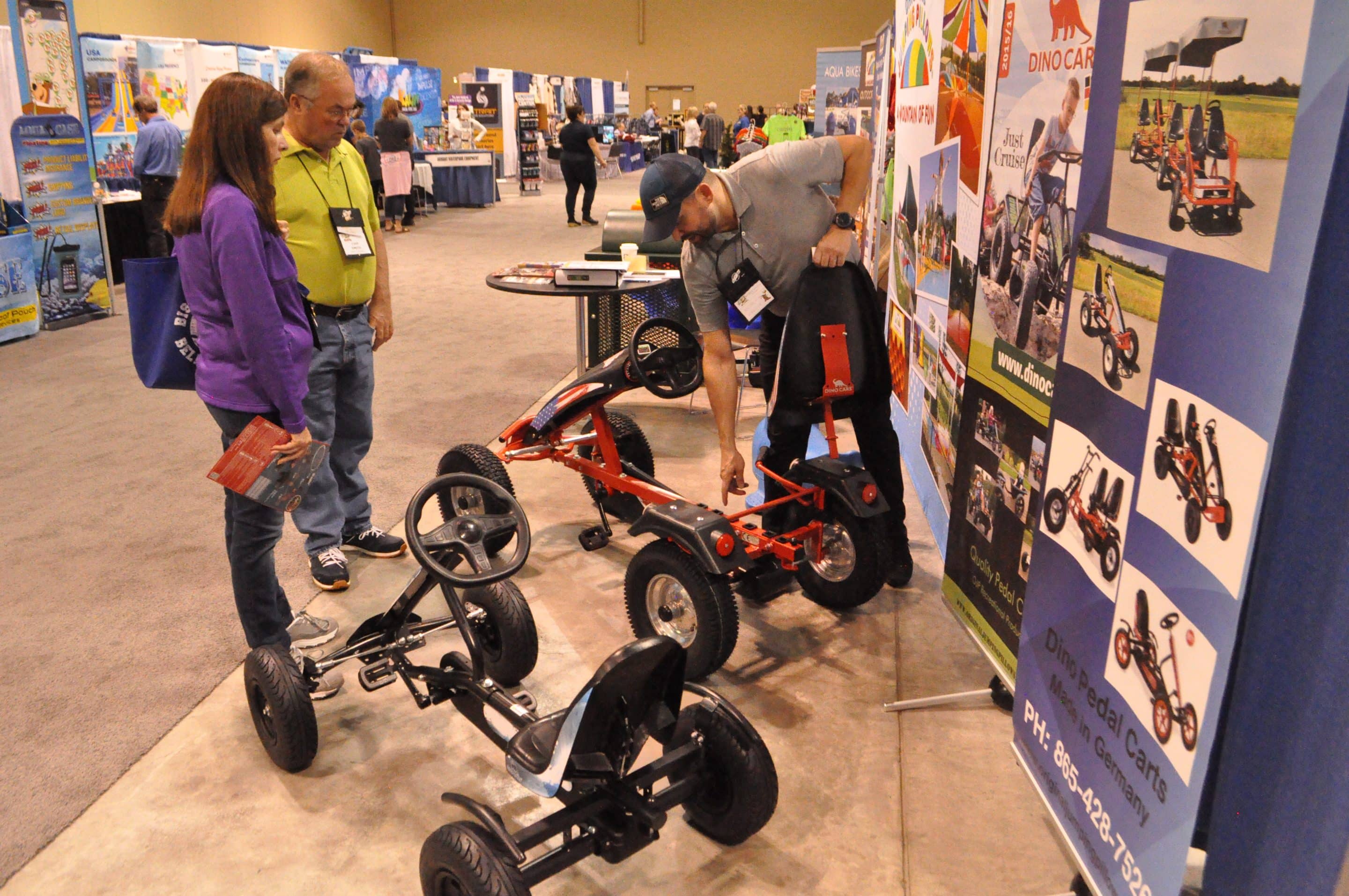 More than 100 vendors are showcasing their products and services at Leisure System Inc.’s annual Symposium at the Charleston Area Convention Center, in North Charleston, S.C., today (Nov. 13), including several that have never reached out to the Yogi Bear’s Jellystone Park Camp-Resort franchise network before.

Newcomers include Jason Olson, of Bloomington, Idaho-based Conestoga Wagon Co., which produces furnished glamping wagons that park operators can use to provide families with a camping experience reminiscent of the pioneer days.

The original Conestoga wagons were larger than standard “covered wagons” because they were designed to haul freight rather than people. So, by using the design of a “Conestoga wagon” for its glamping units, the company is able to create a unique accommodation with 180-square feet of floor space — enough space for a king size bed and two bunk beds, while still retaining the look and feel of a traditional covered wagon. The interior ceiling of the units is also higher than most people realize — 8.5 feet — so even the tallest campers can easily use them.

Olson told WOODALLSCM.com this morning that he’s already sold several Conestoga wagons, as well as portable bathhouses, both of which are in hot demand.

Yet another first timer is State Fair Mini Donuts, a Minnesota company that sells mini ovens and pre-made donut dough that park operators can use to produce tasty mini donuts without the need for a deep fat frier.

“You don’t have to deal with the batter or the hot oil,” said Greta Johnson, State Fair’s director of marketing, during a morning interview as she set up her donut oven for another busy day.

Park operators were also seen gathering around the booth belonging to Charlotte, N.C.-based Morris Costumes, whose products include scary animatronic characters that can be used to decorate haunted houses during the weekends leading up to Halloween. This year is the first time Morris Costumes has attended LSI’s Symposium trade show.

Many other well known campground industry suppliers are also at the show, including Julianne Long from Kingston, Wash.-based Utility Supply Group and Stone Canyon Lodges, which supplies park models for many Jellystone Park locations.

Another longtime LSI vendor is Tommy Woog, president of Pequot Lakes, Minn.-based Water Wars, a 30-year old company that sells equipment for Water Wars, a popular water balloon war game, as well as other water game attractions, one of which is a “Pitch Burst,” a dunk tank type game that uses a water balloon instead of an actual tank to douse each player.

More than 240 Jellystone Park franchise owners and staff members have gathered in North Charleston, S.C. this week for the group’s annual Symposium.