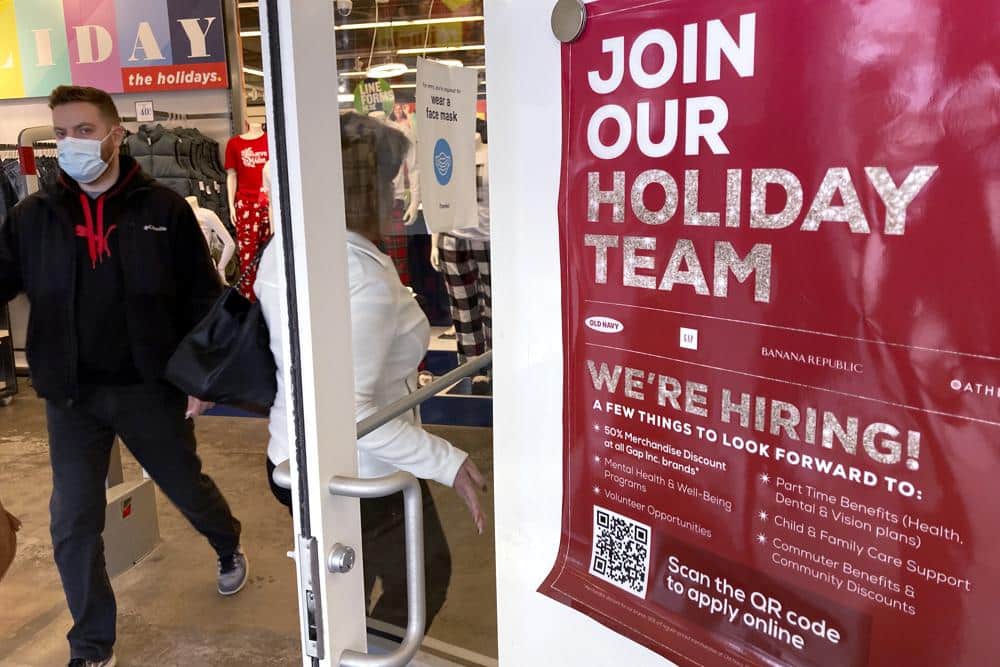 The number of Americans applying for unemployment benefits plummeted last week to the lowest level in more than half a century, another sign that the U.S. job market is rebounding rapidly from last year’s coronavirus recession, according to an Associated Press report.

Jobless claims dropped by 71,000 to 199,000, the lowest since mid-November 1969. But seasonal adjustments around the Thanksgiving holiday contributed significantly to the bigger-than-expected drop. Unadjusted claims actually ticked up by more than 18,000 to nearly 259,000.

The four-week average of claims, which smooths out weekly ups and downs, also dropped — by 21,000 to just over 252,000, the lowest since mid-March 2020 when the pandemic slammed the economy.

Since topping 900,000 in early January, the applications have fallen steadily toward and now fallen below their pre-pandemic level of around 220,000 a week. Claims for jobless aid are a proxy for layoffs.

Overall, 2 million Americans were collecting traditional unemployment checks the week that ended Nov. 13, down slightly from the week before.