Wholesale shipments of all RVs continued at a torrid pace in July where manufacturers reported a total of 26,212 units for the month, an increase of 14.7% ahead of the same month one year ago, the Recreaiton Vehicle Industry Association (RVIA) has reported.

On a seasonally adjusted basis, wholesale shipments in July were at an annualized rate of more than 339,000 units, nearly 12% greater than the previous month and ahead of this same month last year by more than 14%. Through July, manufacturers have reported a total of 201,120 units shipped to retailers, up 13.1% over this same period last year.

See the complete report below. 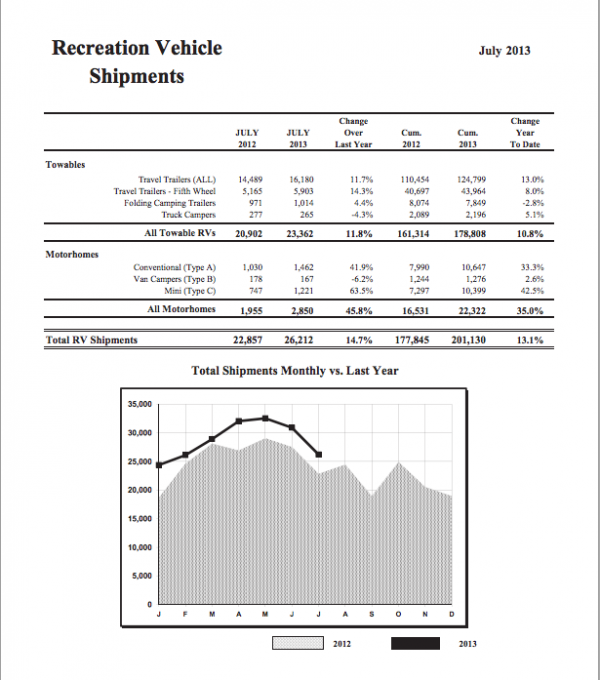