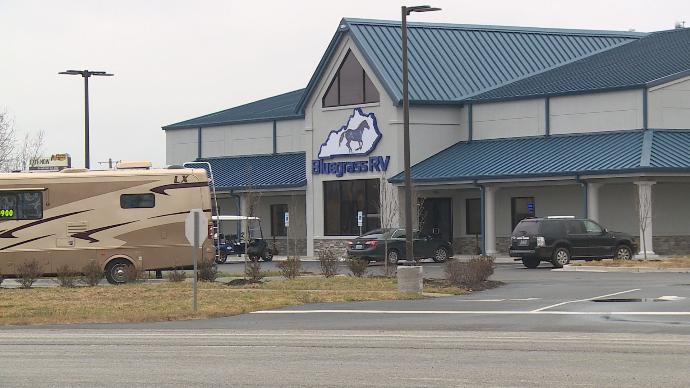 An RV park would be built behind Bluegrass RV in Georgetown, Ky., if the project is approved.

An RV park development proposal has been garnering a lot of attention in Georgetown, Ky., according to WKYT.

Labeled the Bluegrass Campground, the park would include 100 sites, a few cabins, a playground, and a waterslide.

It would be built behind Bluegrass RV off of US 460, pretty close to a developing neighborhood, and the entrance would be off of a connector road.

“As the product was laid out by the engineers I became more concerned,” Jon Salyer said, who lives in the neighborhood. “It seemed to have a limited traffic study that only evaluated the situation involving 460 and the connector road.”

Salyer says he isn’t completely opposed to the idea, but he does have some serious questions about how it could impact traffic.

“Another concern I have is that there is no northbound exit in that direction,” Salyer said. “Causing what is considerably longer units of vehicles to go through one of Georgetown’s busier intersections.”

The proposal has led to a petition asking the planning commission to stop the project.

Staff at the commission said that during a meeting in November there were concerns about traffic in the area.