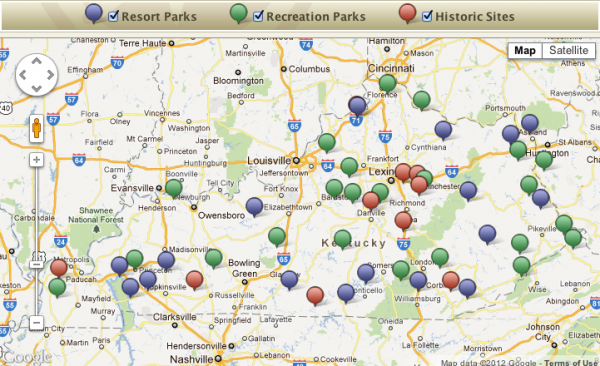 The warmer than usual March weather is prompting a fast start to Kentucky’s camping season. Kentucky Department of Parks spokesman Gil Lawson says many of the 31 campgrounds across the Commonwealth are open for business, WKMS Radio, Murray State University, reported.

“Typically on most years we open on April first but, with this warm weather we’ve had lots of demand for camping so most of our campgrounds have opened up early in March to allow people to camp,” said Lawson.

“We had very little damage, I think some minor tree damage at a few parks … we were very fortunate … in that no buildings or property was damaged,” said Lawson.

In addition to camping, the warm weather brings out the golfers as well. Gil Lawson says state park golf courses are also active.

“For the most part during the winter they’re closed simply because of the weather … but any time there’s good weather and it’s dry … we will have golf courses open … and obviously with the weather we’re having this spring … all of our golf courses are open,” added Lawson.

Lawson says state campgrounds are open seven days a week, but reservations are suggested for weekend camping. All lodges, cottages, restaurants, golf courses, marinas and other amenities are open.