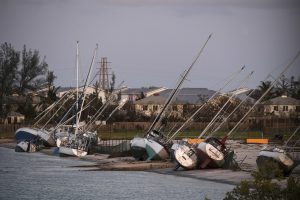 Efforts to clean up the damage done in Key West is proving to be challenging.

According to FOX 13, the announcement, which came shortly before the governor was scheduled to meet with Monroe County officials in Marathon, followed the first cruise ship docking Sunday in the Port of Key West.

However, as recovery efforts continue in parts of Marathon and the Lower Keys, not everything is expected to be open when tourists can again travel the 42 bridges of U.S. 1 through the Keys.

“We know we have a long way to go before the Keys fully recover,” Monroe County Mayor George Neugent said in a statement posted online. “But because tourism is our top economic engine and many of our residents’ livelihoods depend on it, we also know that we need to begin asking visitors to return.”

Tourism accounts for more than 50% of the jobs in Monroe County and 60% of the money spent in the Keys, totaling about $120 million a year in sales taxes for the state, according to the county’s Tourist Development Council.

Last Thursday, tourism officials appeared less optimistic about meeting Scott’s deadline, suggesting the reopening may not occur until at least Oct. 20, with the start of the annual Fantasy Fest. 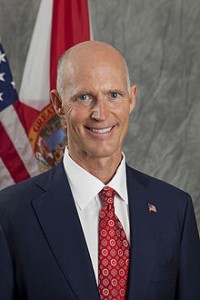 Motorists making the drive are advised to proceed with extra care in the Lower Keys, and Marathon, to “avoid hindering restoration activities” and because of “significant debris piles.”

“While Key Largo and Key West were least impacted by the Category 4 storm, not all lodging, including RV resorts and other tourism facilities throughout the Keys, are operating on a normal basis,” a release from the Keys tourism council said. “Potential visitors should call ahead to ensure hotels and their favorite attractions are open. Some hotels are accommodating displaced residents under a Federal Emergency Management Agency program.”

The announcement also came as Scott directed 400 members of the Florida National Guard to help with debris removal in Monroe County. The state and local governments have struggled with contractors and subcontractors on debris removal.

Hurricane Irma made initial landfall Sept. 10 at Cudjoe Key, less than 30 miles northeast of Key West. It then made a second landfall in Collier County before traveling up the peninsula. 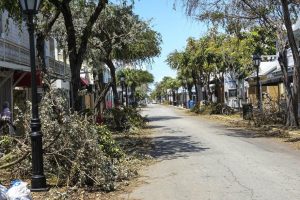 Nighttime curfews remain in place from Islamorada to Marathon and for the Big Pine Key area to just north of Shark Key.

The tourism announcement noted that a number of events have been postponed or canceled. But Key Largo’s Humphrey Bogart Film Festival, Marathon’s Stone Crab Eating Contest and Key West’s Fantasy Fest, all slated for mid- to late-October, will take place as planned.

The state’s tourism-marketing agency, Visit Florida, which latched onto Scott’s Oct. 1 goal, has rolled out a $4 million to $5 million post-hurricane marketing plan that will include a component focused on the Keys “once our partners there have indicated they are ready to welcome visitors back.”

“I think that’s both to help the Keys and the rest of the state as well,” Scott said Monday of the marketing plan.

The state, which before Irma was on pace to top last year’s 113 million visitors, has not calculated the hurricane’s potential economic impact on the tourism industry.