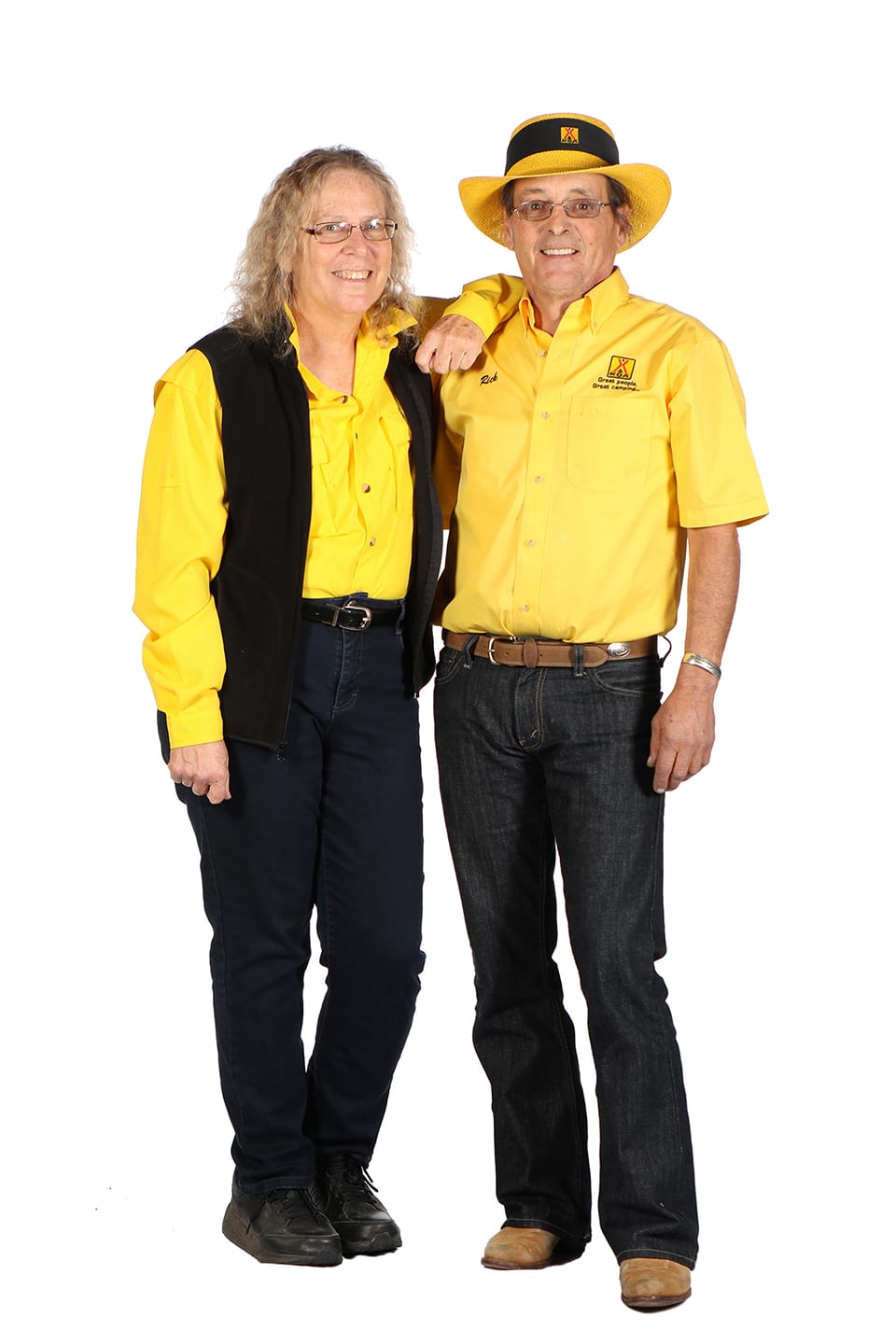 Barbara Saulsbury’s KOA experience got off to a rough start when her parents completed their Bellefonte/State College, Pennsylvania KOA Holiday 50 years ago.

“In 1970, we had seven girls (Barbara, her two sisters and four foster sisters) all living in the top of the KOA A-frame,” she recalls. “And our jobs that first summer pretty much revolved around painting picnic tables and picking rocks.”

Barbara’s father, Erwin, had been in search of property to build a campground since the family took a camping vacation to Florida. He found just what he was looking for — 90 acres along the newly finished Interstate 80 in Pennsylvania. The property included a farmhouse that had been built in 1790. Erwin planned to demolish the structure until he discovered it was constructed of heavy logs. He decided to keep it, renovate it and move his girls from the A-frame to the farmhouse. Barbara and husband, Rick, still live in that farmhouse today.

Like many kids raised on campgrounds, Barbara moved away to start a new life without camping. After college, she and Rick were approached by her dad with a proposal to take over the KOA.

“Rick liked the idea a lot more than I did,” she laughed. “He was working at a landscaping company and I was working for tourism promotion. But we saw that my parents needed help, so we came back in 1980.”

They officially took over ownership in 1985 and got busy making improvements and expansions. Their rural 90-acre property at the base of the Appalachian Mountains is one of the largest land footprints in the KOA system, so they had a lot to work with. They recruited son Casey to join them at the park, and in recent years the three have added 30 RV sites to bring the campground totals to 105 RV sites, 15 tent sites and 18 Cabins. They also have a Jumping Pillow, splash park, stocked fishing pond and a sports recreation area. During non-COVID times, they also have a bubble machine, hayrides and arts and crafts. 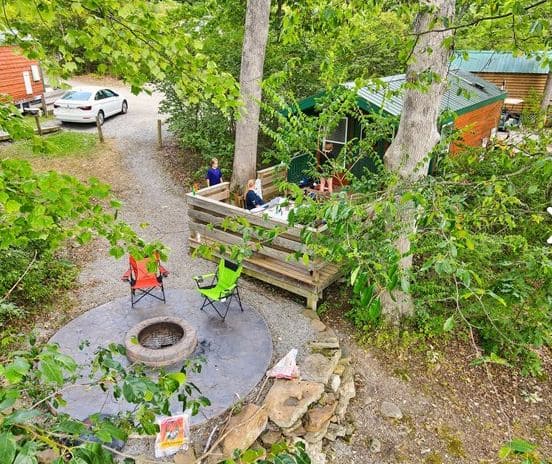 The KOA has one of the largest footprints in the system.

The largest innovation at the Bellefonte/State College KOA Holiday is by far the massive solar field. It includes 576 solar panels and 24 inverters that transform the solar energy into power that the campground can use. It creates 246,3576 kilowatt-hours a year, enough energy to fully power nearly 23 homes based on average use. At the campground, it is enough to power all energy needs, including campsites, the store, the pool heater and shower water heaters.

“The solar project has been a huge benefit for us,” Barbara said. “We have a lot of land, so there are always projects underway or on the drawing board.”

The 30 new RV sites and a new bathhouse opened just before the COVID-19 pandemic hit. “I was pretty panicky,” she said. “We pretty much lost all income in April and May and I was thinking what a mistake those 30 sites had been. But then, everyone discovered or rediscovered camping, and our numbers have soared past our previous year’s numbers thanks to those new sites.”

Next up for Barbara, Rick and Casey is a new bicycle track playground. “We’ve got room for it, so we said, ‘Why not?’” she said. “We have the room.”

After many decades in the camping business, Barbara and Rick are now looking forward to handing things off to Casey.

“It’s so great to know that we’ll have a third-generation taking over the campground,” she said. “This has been a very busy but wonderful way of life.”