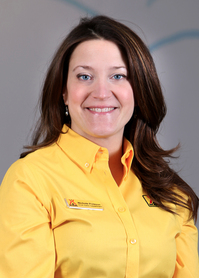 Nichole Poisson has been hired by Kampgrounds of America Inc. (KOA) as KOA’s new franchise development manager, according to an announcement from KOA.

Poisson comes to KOA from Leavitt Insurance, one of the leading providers of campground insurance in the U.S. Before joining Leavitt, Poisson had been an account executive with Evergreen Insurance for 11 years.

“We are thrilled to have someone of Nichole’s experience join KOA,” said Chris Fairlee, KOA’s vice president of system development. “She has an obvious passion for the camping industry, and she certainly knows a good campground operation when she sees it.”

Poisson has a bachelor’s degree in business from the University of Maine, along with various professional certifications including Charter Property and Casualty Underwriter (CPCU), Credit Advisor in Insurance and an associate degree in insurance.

“I was looking for a way to continue to grow in the camping industry and continue to help campground owners improve their operations,” Poisson said. “KOA was the perfect fit for me.”

In her new role, Poisson will work with independent campground owners in North America who are interested in joining the 485-campground KOA system.

Poisson and her husband, Travis, are expecting their first child in June. Poisson will be based in Turner, Maine. She can be reached by emailing [email protected].