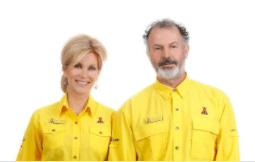 Editor’s note: This is the first part in a four-part series that will highlight KOA’s “Campground of the Future” Grant Program.

Four deserving Kampgrounds of America Inc. (KOA) franchisees have been selected to help lead KOA campgrounds into the future.

The four are the first recipients of funding from the KOA “Campground of the Future” Grant Program. The grants provide each selected campground with $10,000 in “seed money” to help fund innovative new campground projects proposed by the franchisees. The projects were selected by a panel from KOA’s home office in July.

“We wanted to provide the means for franchisees to get some of their innovative, futuristic ideas for camping underway,” said KOA’s Director of Facilities Development Doug Mulvaney. “Almost everyone has dream projects for their park. This grant program is a way to take those dreams from the drawing board wish list to reality.”

KOA took the lead on ideating the future of camping for the industry through the development of its Campground of the Future Project in 2019. The project was unveiled during RVIA’s RVX event in March 2019 in Salt Lake City, Utah.

Since then, a handful of projects from the Campgrounds of the Future Project were adopted by KOA owners and are currently under construction.

“We wanted a way to keep the creativity going,” Mulvaney said. “We were looking for well-thought-out projects that demonstrated out-of-the-box innovative thinking that was only lacking the seed money to make them a reality. These projects aren’t what we’d consider ‘normal’ campground improvement initiatives. We’re really thrilled with the ingenuity of our KOA franchisees and are so happy that we are able to help them make these projects happen.”

Mulvaney said plans call for the Campground of the Future Grant project to continue in 2021.

Troy and Penny Crosson have always had big plans for their 30-year-old campground located in Southwest Colorado. Troy’s ultimate goal is to make the Ouray KOA Holiday property not only a KOA Resort but the best “five-star” resort in the KOA system.

They plan to get there by adding unique features and amenities galore, including . . . wait for it . . . radiant heated tent sites.

Their plans caught the attention of those at the KOA home office, and they were awarded a $10,000 KOA Campground of the Future Grant to make the tent site project happen.

“I think terraced radiant heat/solar-powered tent sites will be the next big thing for camping,” Troy said. “No one in the U.S. — and probably the entire world — has something like this. It’s a brand-new idea.”

Troy came up with the project because his now-seasonal park is located in a winter recreation mecca, with nearby world-class ice climbing and the Telluride Ski Area just down the road.

These winter sports enthusiasts like to sleep in their tents, but they can’t do that when the ground is frozen,” he said. “I thought, ‘What if I develop tent sites with radiant heat that comes up through the floor of the tent?”

Troy, who has a background in commercial development, went to work on his plans.

The Crosson’s plan to run pipes with a heated glycol solution under 60 14-foot by 14-foot tent pads. They also will put the pipes under all of the roads in the park.

“I figure that the ROI for just the materials we’ll need will be about four years,” he said. “We won’t have to spend a dime to clear the snow.”

For the Crossons, the project isn’t about the money. It’s about providing world-class service and taking another step toward being a KOA resort.

Every one of the heated tent sites will be on a currently undeveloped terraced hillside that isn’t friendly to RVs. The plans call for fire pits built close to retaining walls in order to reflect even more heat to the sites. Each open side of the sites will have “bear box” storage units for food and other supplies. Those boxes will include solar panels that will power lights on the site, as well as integrated outlets for charging devices and running other appliances.

Tenters will even be able to view “movie nights” from their sites, connecting to the movie’s audio through their own headphone devices.

The campground’s current tenting area — which is on level ground — will be converted to high-end RV patio aites, increasing the park’s inventory and income stream.

“This project will lead to more fantastic Patio Sites, more restaurants on the property, and a complete Western town,” Troy said. “We’ll be able to better host everyone from tenters to luxury coaches. They will be camping together, but in their own, high-end areas of the park.”

Work on the radiant tent sites will begin in September as the first step in a five-year master plan.

“This will be the best campground that KOA has ever seen,” Troy pledged. “This area needs a true destination location.”