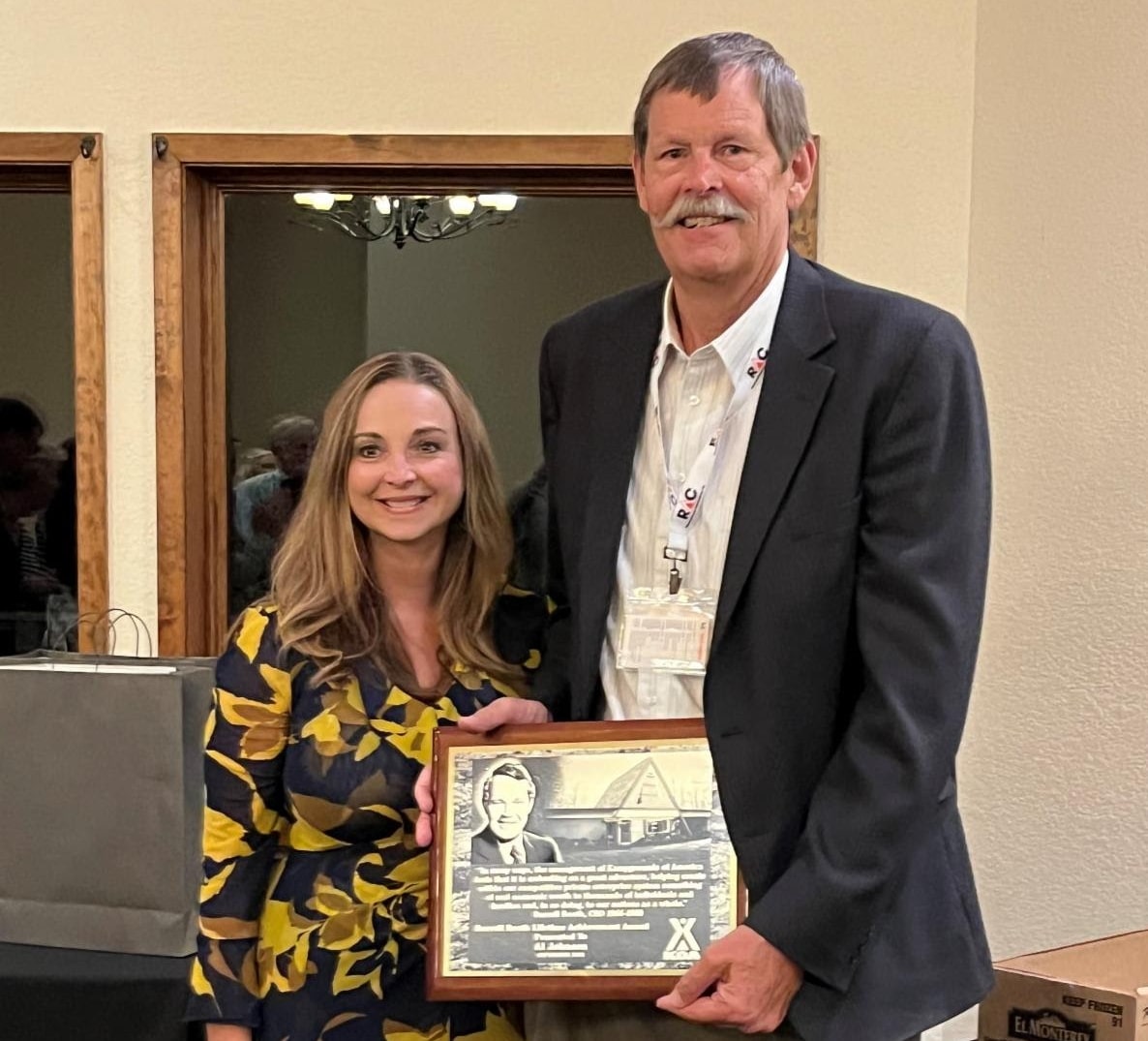 J. Alan Johnson, executive vice president of Recreational Adventure Co. (RAC) was recently honored with the Darrell Booth Lifetime Achievement Award by Kampgrounds of America, Inc. (KOA). Johnson is the seventh recipient of the award since its creation in 2011.

The third generation of his family to promote outdoor hospitality in the Black Hills of South Dakota and across the United States, Johnson’s work has been pivotal not only to the advancement of KOA but also to the development of the outdoor hospitality industry. In addition to serving as RAC’s president, Johnson has served in many volunteer capacities across the camping and greater tourism industries including chairman of the National Association of RV Parks and Campgrounds (ARVC), president of the South Dakota Campground Owners Association, member of the National Forest Advisory Board, member of the RV Industry Association Campground Task Force and the National Fire Protection Agency (NFPA) 1194 technical committee.

The Darrell Booth Lifetime Achievement Award was created to honor those who dedicate a significant part of their lives to advancing the KOA system and camping lifestyle in North America. Booth, KOA’s first president, was hand-selected by company founder Dave Drum to guide the company and oversaw the rapid growth of the KOA campground system during the 1960s and 1970s. His leadership and foresight allowed Kampgrounds of America, Inc. to grow and prosper even during harsh economic times.

“Al Johnson epitomizes Darrell Booth’s trailblazing spirit,” said Toby O’Rourke, president and CEO of KOA. “Our brand’s legacy has resulted from pivotal people who have helped realize our vision of defining and advancing the business of outdoor hospitality. Throughout his career, Al has been deeply committed to the mission of connecting people to the outdoors and each other through camping and has paved the way for the campground industry to grow, thrive and be a formidable part of the travel landscape.”

A long-time South Dakota resident, Johnson’s grandfather operated a “tourist camp” cabin group on the banks of Bear Butte Creek in Sturgis, S.D. Father, Otto Johnson, developed the second private campground in the Black Hills. Following in their footsteps, Al joined the camping industry in 1977, taking a management position at what is now the Mount Rushmore KOA Resort in Palmer Gulch for RAC. Working with RAC founder Richard Cutler and his family for the past 45 years, Johnson has played a vital role in developing the RAC portfolio, which includes 15 campgrounds across thirteen states.