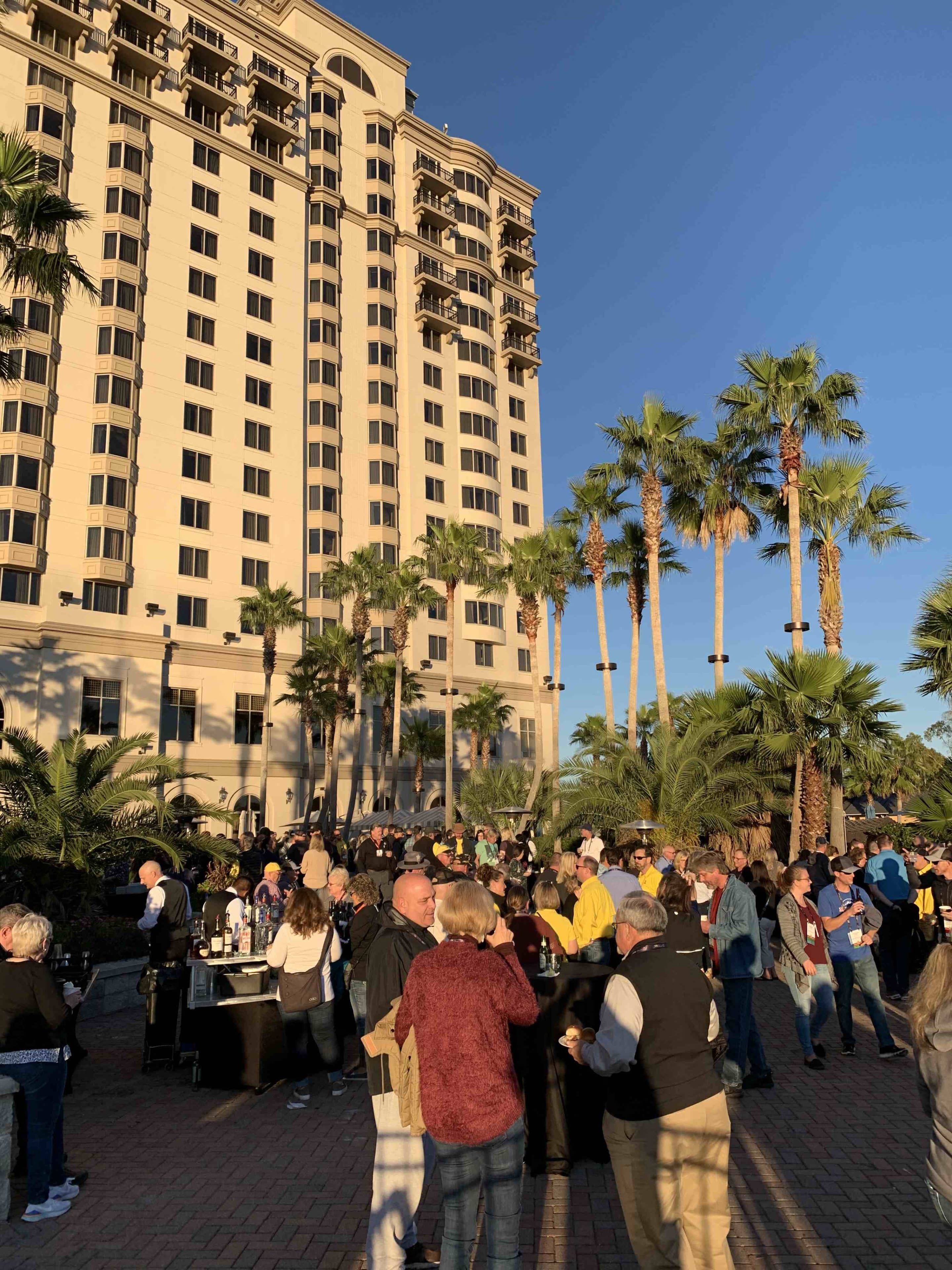 Taking place at the Westin Savannah Harbor Golf Resort & Spa in Savannah, Ga., attendees were able to gaze over the Savannah River — occasionally watching large cargo ships pass by — as they enjoyed drinks and food during the welcome reception.

Earlier in the day attendees took part in KOA’s KampGreen Event that allowed participants to clean up a Savannah park. It was all part of the “Pick Up America” campaign, a program created by Thor Industries Inc. that KOA participated in.

The convention’s theme is “Together Toward Tomorrow,” and Kama Humphrey, KOA’s director of training and events, told WOODALLSCM.com that it is meant to get the owners thinking about the future as KOA wraps up big initiatives, such as the company’s brand positioning efforts and the launch of its new K2 software.

General sessions during breakfast and lunch on Monday will give attendees an opportunity to hear from KOA officials. Peter Morici, an economist, is set to present a session entitled “The Economy, The RV Industry and Your KOA” during lunch.

KOA will also be presenting its President/Founder’s awards to park owners on Monday.

On Monday evening, hundreds are set to take a riverboat cruise in support of KOA Care Camps.

During the final night of the convention, Nov. 13, the annual KOA Care Camps auction will be held, and KOA is also bringing in an improve troupe, Dad’s Garage, which is based out of Atlanta, Ga.

KOA owners can register for the auction and learn more about the conference by going to www.eKamp.com.