KOA Memorial Day Reservations Up 7% Over 2016

By: Woodall's Campground Management|Published on: May 25, 2017|Categories: Industry News| 0 comments 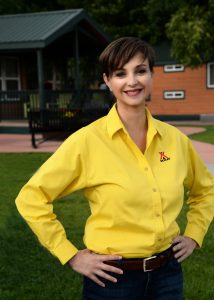 “Our advanced reservations and occupancy rates have been very strong so far this year,” said KOA Chief Franchise Operations Officer Toby O’Rourke. “KOA has set records for performance for the past five years in a row, and this year looks to continue that trend.”

“Our 2017 North American Camping Report research shows that campers are taking more camping trips than they did before, and more than 50% of campers say they plan to camp more this year than last year,” O’Rourke said. “Our performance so far in 2017 would certainly support that.”

The 500 KOA campgrounds throughout North America started off the summer camping season with the annual KOA Care Camps Big Weekend (May 12-13) to benefit chldren with cancer. Campers who stayed as paying guests at participating KOAs on May 12 received a night of camping on May 13 for just $10. All of those proceeds ($117,000) were provided to support KOA Care Camps, a network of 128 specialized oncology summer camps — complete with onsite medical personnel — for children battling cancer.