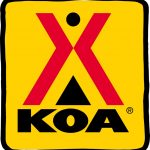 Kampgrounds of America Inc. (KOA) has been named one of the Top Franchise Brands of 2017 by Entrepreneur.com and Entrepreneur Magazine.

“The Top Franchise ranking was determined by taking companies that applied for this year’s Franchise 500 and analyzing additional factors such as social media followers, system size, number of years in business, number of years franchising, and overall reputation – and looking at how they all combine to form lasting relationships with fans,” said a statement on Entrepreneur.com’s website.

The statement said other factors considered when ranking companies were cost and fees; size and growth; franchisor support; brand strength; and financial strength and stability.

The number one franchisor on the list was KFC US LLC, followed by Dunkin Donuts, McDonald’s, Subway and Baskin-Robbins.

KOA was the only outdoor recreation company on the list of more than 200 Top Franchise Brands.

KOA was founded on the banks of the Yellowstone River in Billings, Mont. in 1962. It now has more than 500 locations throughout the U.S. and Canada, and is on track for its sixth record year of camping activity and financial performance.

“We are always looking for great campground owners in the right locations who can benefit greatly from KOA’s well-established and successful brand,” said Chris Fairlee, KOA vice president of system development. “We’ve got a well-established record of success in camping and we’re very optimistic about the future of camping in North America. Having KOA named to Entrepreneur Magazine’s very exclusive list of the 200 Top Franchises is an honor and one we know we’ll continue to uphold for years to come.”

To see the entire “Entrepreneur’s Top Franchise Brands of 2017” list, go to entrepreneur.com.