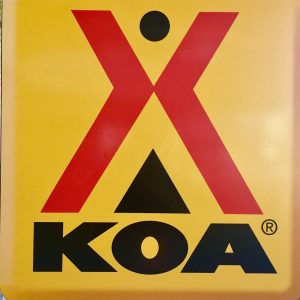 Kampgrounds of America Inc. (KOA) announced that it has been named a Top Franchise for Women by Franchise Business Review, marking the third time in the past six months that KOA has been named to a “Best Of” list by the independent market research firm.

KOA had earlier been named to the 2016 Top Franchises for Veterans list, as well as being a Franchise Business Review Top 50 Franchises award winner for 2017.

Of the 22,000 overall franchisees surveyed, approximately 2,500 franchises are owned by veterans, and 6,250 of the franchisees were women.

“KOA’s willingness to have us survey its franchisees shows it believes transparency and openness contribute to a trusting franchisee/franchisor relationship,” said Eric Stites, CEO of Franchise Business Review. “It’s franchisees’ feedback earned Kampgrounds of America Inc. a top franchise spot on our 2017 Best of the Best Franchises list, as well as our 2016 Top Franchises for Veterans and 2017 Top Franchises for Women lists.”

The Franchise Business Review awards and lists are special because they are generated from independent feedback from actual KOA franchisees, according to KOA Vice President of System Development Chris Fairlee.

“There are a lot of magazines and websites out there that use other methods to generate ‘best of’ lists,” Fairlee said. “But Franchise Business Review, by independently surveying our franchisees, paints a more accurate picture for people looking for the right franchise to fit their needs. That makes the recognition very special to us.”

Franchisee Business Review asked each of the 27,000 franchisees surveyed nationally — including more than 250 KOA franchisees — 33 benchmark questions ranking their franchise in the areas of financial opportunity, training and support, leadership, operations and product development, core values of honesty and integrity of the franchisor, general satisfaction and their feelings regarding their franchisee community.

The franchisees were also asked an additional 16 questions about their market area, demographics, business lifestyle, overall enjoyment running their franchise, and their role in the franchisee community.

“We take our relationship with our franchisee partners very seriously,” Fairlee said. “We know our corporate success is absolutely tied to the success of their individual franchise. They will never feel like they are in this alone as long as they are part of the KOA family.”