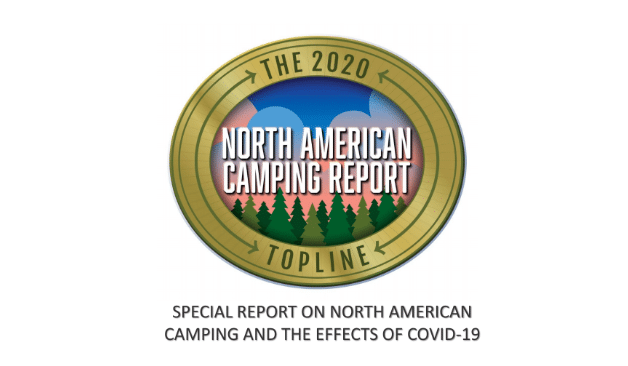 One of the key takeaways from Kampgrounds of America Inc.’s (KOA) Special Report: North American Camping and the Effects of COVID-19, according to Toby O’Rourke, the company’s CEO and president, is the enthusiasm of campers, with many indicating that they can’t wait to go camping.

Administered by Scott Bahr, of Cairn Consulting Group, the report notes 29% of campers plan to camp as their first trip once restrictions are lifted, 17% of leisure travelers planning to do the same thing.

“When you have almost 20% of general leisure travelers saying camping is going to be the first thing they do when restrictions are lifted, I think that is really positive for our industry,” O’Rourke said.

“This is one of the most important pieces of data in the report,” O’Rourke explained. “We asked about a ton of different things, and we are never going to be able to guaranteed complete safety at a campground, but to see camping ranked so high I think it is positive as individuals begin to look at traveling again as restrictions are lifted.”

The report also shows that campers are eager to go camping, with one in five campers saying they would camp now if able and 29% planning to go within the first month after restrictions are lifted.

“The data shows that 45% of campers would go camping within the next month or two if restrictions were lifted,” O’Rourke said. “It is important to note that those restrictions are going to lift at different times for different places. We can’t predict that number across the board, but it’s definitely encouraging to see that when those restrictions lift half the campers would be ready to go within the next one to two months. I think that feeds into the idea that we are going to see a good spike in camping once people are able to go.”

“Unemployment levels are the highest since the Great Depression, so of course that will have an impact on everything we do,” explained O’Rourke. ‘But in many regards camping is an affordable activity and I think it can be an affordable option for people versus other types of vacations.”