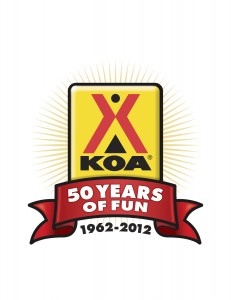 All signs still point to a successful 2012 camping year at Kampgrounds of America Inc. (KOA).

KOA reported Tuesday (May 29) in a news release that camper check-ins for the May 26-28 Memorial Day camping weekend were up about 7 percent from the same period in 2011.

“We’re seeing nothing but positive signs for the 2012 summer camping season,” said KOA President Pat Hittmeier. “Our annual Come Kamp & Care With Us Weekend on May 11-12 was up nearly 10 percent from last year, and our winter camping season in the Southern states was also very strong.”

Advanced reservations for the rest of the summer camping season are running about 6 percent ahead of the same period last year.

“North Americans are rediscovering the benefits of the outdoors,” Hittmeier said. “There is no better place to reconnect with family and friends, and no better way to do it than camping.”