By: Woodall's Campground Management|Published on: May 7, 2012|Categories: Industry News| 0 comments 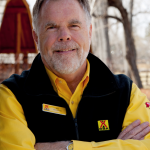 The Texas Association of Campground Owners (TACO) launched its annual Spring Convention and Trade show Sunday (May 6) with a keynote address by Kampgrounds of America Inc. (KOA) President and CEO Jim Rogers, who provided park owners with statistics indicating that Texas experienced the strongest campground business in the country last year.

“Texas is doing better than everybody else,” Rogers said in a news release, citing KOA statistics, which showed Texas parks experiencing a 4.7 percent increase in camper nights and a 1.3 percent increase in revenue in 2011, compared to the previous year.

The convention was held at the Guadalupe River RV Resort in Kerrville, Texas, with 130 registered attendees representing about 60 private parks.

With roughly 475 parks across the United States and Canada, KOA statistics provide a powerful indicator of business trends in the campground business and are closely followed by park operators across the country.

But while Texas was clearly in the lead in terms of the overall strength of its campground business last year, Rogers said parks across the Lone Star State also mimic trends that are being observed elsewhere in the country. For example, he said, 59 percent of the business Texas parks receive is generated by Texas residents as opposed to people coming from other states.

That’s a trend that’s happening across the country, Rogers said.

“Our traveler is changing,” Rogers said, noting that people are camping closer to home in response to rising fuel costs and increasing time constraints from work schedules and children’s sports activities.

Texas parks are also seeing rising demand for park models and other rental accommodations, Rogers said, adding that KOAs will continue to add more rental units to the KOA system because they are a great way to introduce people to camping who haven’t camped before. He added that deluxe cabins or park models in the KOA system typically pay for themselves in 3 1/2 years.

Rogers also told Texas park operators that the future is bright for the campground business, not only in Texas but across the country, citing a recent joint study by KOA, The Coleman Co. and The Outdoor Foundation, which estimated that only 15 percent of Americans camp.

That statistic alone means there are tremendous opportunities for growth in the campground business, Rogers said, adding that the opportunities are even greater when one considers America’s changing demographics and the very small numbers of African-Americans, Asian-Americans and Hispanics who currently camp.

Schaeffer said the awards were given at the beginning instead of the end of the association’s trade show in order to provide attendees with a chance to visit with the award winners and learn first hand what they did to receive the association’s top honors.

The convention concludes on Tuesday.