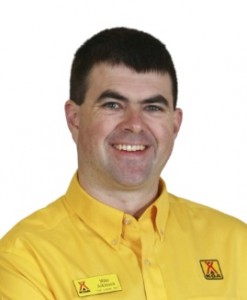 The Recreation Vehicle Industry Association (RVIA) has identified the members from the RV and campground industries who have been named to the RVIA’s Ad Hoc Destination Camping Committee.

The destination camping market is a new area of focus for the association, the RVIA stated in a news release, and the committee was formed to determine the size, scope and potential of this market.

“With destination camping taking many forms, defining what it exactly is can be a little difficult, but we do know that it is a growing part of the RV and campground industries that requires our attention,” said Richard Coon, RVIA president.

Mike Atkinson, director of the cabin program for Kampgrounds of America Inc. (KOA), was named to the committee and is the only campground representative on the committee. Atkinson told Woodall’s Campground Management there always has been a disconnect between the manufacturers of RVs and the campground industry, as each brings a different perspective to the topic.

“Ultimately, we are both more dependent upon each other than we have admitted in the past,” he said. He hopes this committee will help close that gap as it studies this growing market. He anticipates the National Association of RV Parks and Campgrounds (ARVC) will work in some way with the committee.

The group has already met once, in Tampa, Fla., in January during the RV SuperShow, and held a subsequent conference call. The group has decided to sponsor a study to learn more about the destination camping market, he said.

“The interesting part of the destination camping market is that it’s an easily identifiable market and a similar group of people. We don’t need a big sample to get some good stats,” Atkinson said.

From his standpoint, KOA already knows a lot about this rapidly growing market as it has conducted its owner customer surveys and has grown its destination camping segment, via park model cabins, in recent years. For example, in 2005, KOA had 200 deluxe park model cabins in its national inventory. Today, it has some 1,800. In recent years, KOA parks have purchased nearly 20 percent of the recreational park trailer industry’s annual production, he estimated. He called the destination unit “a super hedge” against rising gas prices.

“Ultimately, the two industries need to inflict each other’s passion with each other,” he said.

The other members are: