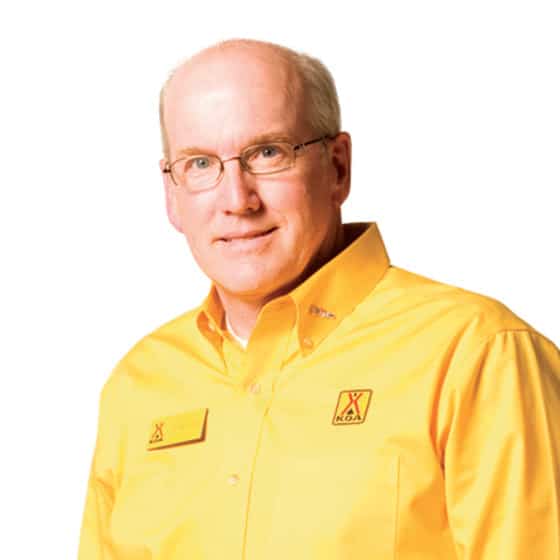 Larry Brownfield’s job at Kampgrounds of America Inc. (KOA) just got bigger, according to a press release.

Brownfield, who has served as KOA’s director of franchise development for several years, will now take on overall responsibility for KOA’s campground conversion efforts.

Brownfield has a long history in the camping industry. In 2005, he and his wife, Carla, became full time RVers and work campers. In 2006, they went to work for the Branson, Miss., KOA Holiday. After Branson, they traveled the U.S., working at campgrounds from Bethel, Maine to Anaheim, Calif.

In 2008, Brownfield joined the Kampgrounds of America Inc. team as a business development consultant in the KOA Franchise Services Department. He was responsible for both the Northeast and Southwest regions, and assisted KOA franchisees with general campground operations, marketing strategy, rate and revenue analysis and training.

He later became KOA’s director of franchise development, where he worked directly with independent campground owners who chose to join the KOA system and owners working to construct new campgrounds. He was directly responsible for adding 64 new conversion parks and 14 newly constructed KOAs to the system.

His previous role has now been expanded, and Brownfield will oversee the efforts of two other KOA conversion experts.

Brownfield is a familiar face throughout the outdoor industry, presenting at the National Association of RV Parks & Campgrounds (ARVC) Outdoor Hospitality Conference & Expo, as well as speaking at numerous state and regional campground owners association meetings around the country. He was also an instructor at the National School of RV Park & Campground Management at both the Eastern and Western campuses.

Brownfield will continue to live in Cedar Park, Texas, with his wife, Carla.