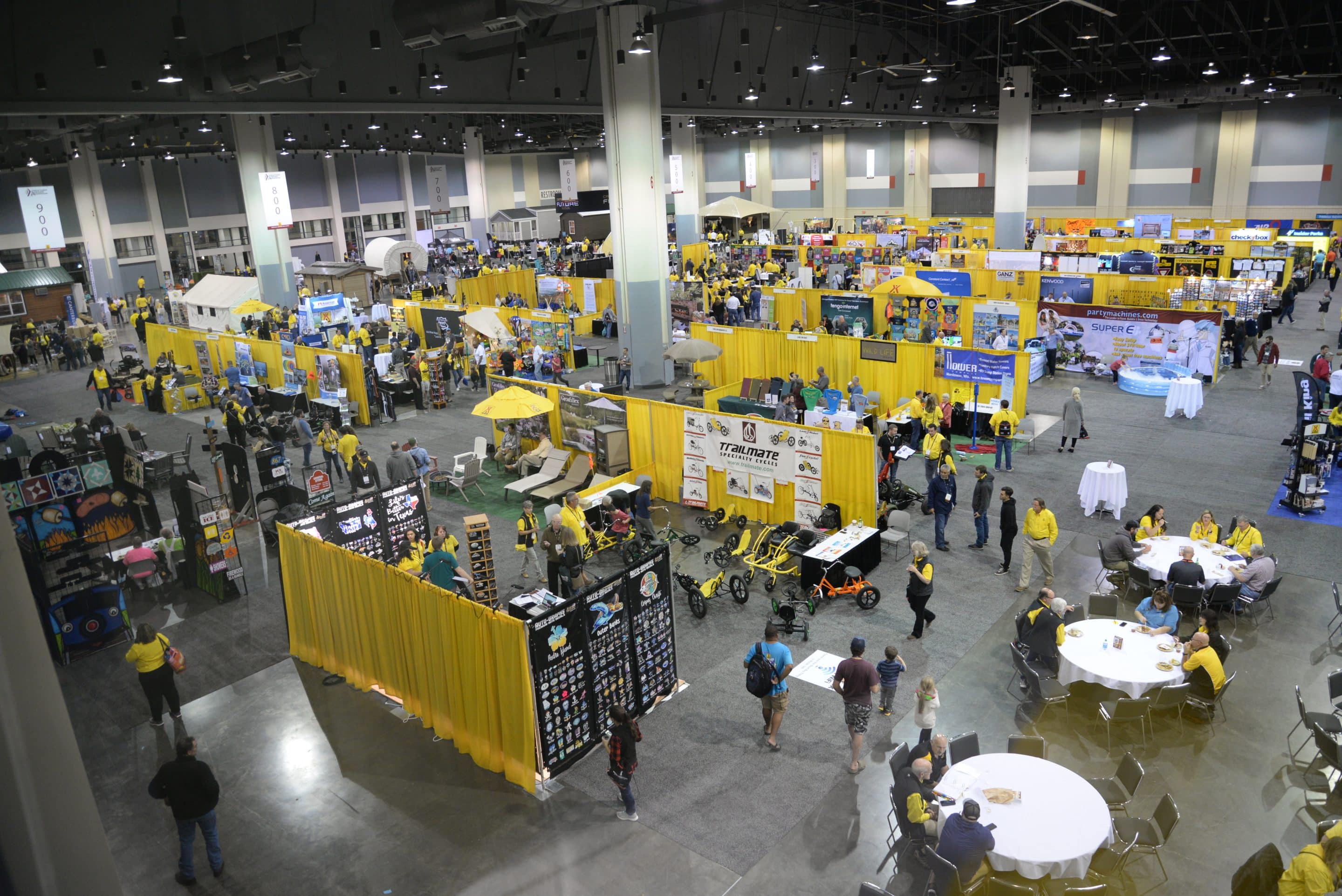 This year’s expo will be hosted virtually but still offer attendees access to vendors.

Virtual conferences are a new experience for the RV park and campground arena, and Kampgrounds of America Inc. (KOA) is working hard to make sure its Virtual Convention goes off without a hitch.

Originally scheduled to take place in Las Vegas, KOA switched gears in early July as it became evident that large conference gatherings were probably not going to take place in the midst of the current COVID crisis.

“We did our site visit in January as we planned to host the annual convention in Las Vegas and we had everything mapped out,” noted Kama Humphrey, KOA’s director of training and events. “Then COVID blew everything up and we realized that we needed to completely change our theme as we moved to a virtual convention.”

“When the COVID crisis began, owners faced many challenges, so they had to reboot and recover from that,” Humphrey explained. “Now it’s time to revitalize. It’s time to look forward and learn from our experiences and maybe look at some of the positive things that have come out of this world that we’ve been in lately.”

Set to take place Nov. 16-19, by late September, KOA had representatives from more than113 campgrounds signed up to attend, with more expected to register. A day after registration opened up for the conventions’ expo, 45% of the expo’s booths were already filled. By late September,   KOA officials reported only having 43 booths left.

“Registration looks different for us this year,” said Humphrey. “We typically charge per person to attend the convention. This year, we’re charging per campground, because we have a cool opportunity with going virtual. Typically, convention attendees are mainly owners and managers, but by going virtual, that kind of opens it up to all employees. Maybe owners have some key staff that they would like to have involved with the convention this year and they can do so.”

KOA is charging each campground $400 for an all-access pass to the Virtual Convention, which means all employees of a particular park can take part in educational sessions and the expo. They will also receive a convention swag bag that KOA is mailing out to attendees.

Humphrey said the Virtual Convention experience will be 3D with a campground setting since KOA is not hosting it in a typical convention center setting. Work is still being done on some aspects of the show.

“We are going to have a networking lounge, which is probably going to be a group campfire experience,” she noted. “We are probably going to have different areas of the campground serve as pathways to different sections of the convention. We will have our live workshops during set times where attendees will be able to watch the workshop and then chat and ask questions to the presenter.”

One of the things that Humphrey is most excited about is the six networking lounges that will allow attendees to get questions answered from fellow KOA owners. KOA will also have experienced staff members on those specific topics monitoring the rooms.

“We typically have around 25 workshops, going virtual it gives us the opportunity to deliver more content,” Humphrey said. 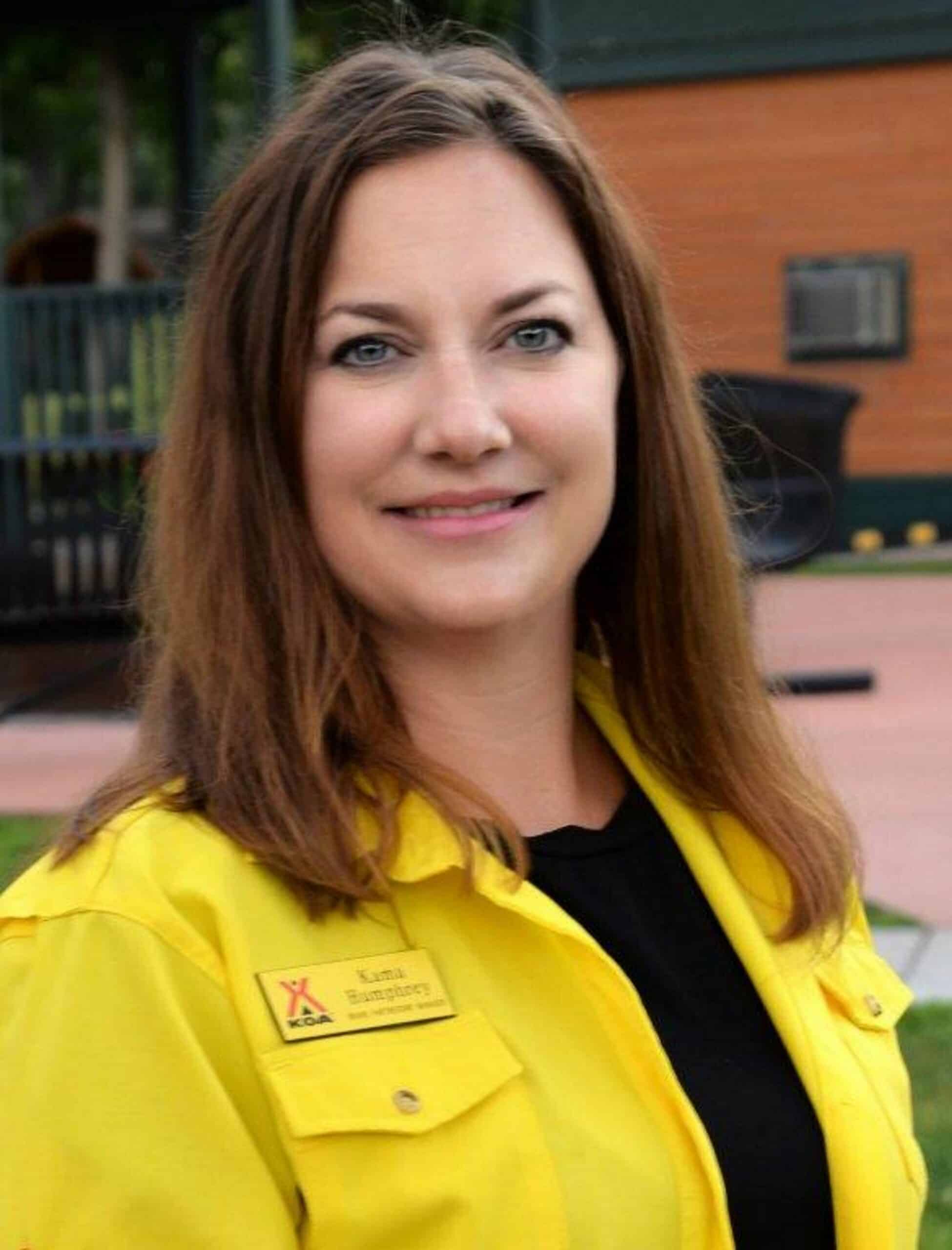 The Virtual Convention will also have a slew of on-demand workshops that will be available to attendees 24/7 during the convention.

“They can watch the on-demand workshops anytime they want too,” noted Humphrey.

After the Virtual Convention, recordings of workshops, on-demand sessions and other events will move to the KOA University online program where franchisees can access the material, according to Humphrey.

The Virtual Convention will also have some familiar aspects to it, with general sessions each day featuring updates from key KOA personal, including CEO and President Toby O’Rourke. KOA will also be hosting its Idea Xchange and annual awards program.

“These sessions will all be airing live, but we will have pre-recordings of some of the packages during the live events,” noted Humphrey. “Our award winners will be brought on live.”

The Keynote speaker for the event will be Patrick Lencioni, a well-known author and leadership expert. Lencioni is one of the founders of The Table Group and is the pioneer of the organizational health movement. He is the author of 11 best-selling books, which have sold over six million copies and been translated into more than 30 languages.

On the expo side, attendees will utilize their computer’s mouse to walk through a virtual expo hall, according to Humphrey.

“You drop down into the expo hall and then you click the arrow and you move forward, and you can move to the right or to the left,” she noted. “When you click on a booth it will bring you into the booth.

“Our vendors will have different booths they can select from when they register,” Humphrey added. “They might have a smaller booth that has the ability for them to showcase their products, but maybe it doesn’t have video. The next package comes with a video that they could upload. There are a number of different vendor packages.”

Humphrey said that KOA feels the 3D environment will help vendors get more value out of taking part in the expo.

“I think it’s going to be a draw for our franchisees when they learn that the expo has a 3D experience,” she explained. “They are going to want to take part in that. Again, I think we’re going to have a pretty good reach with our campground owners/operators that maybe typically don’t attend convention every year, but it’s really easy to attend online. But within the virtual booths, they have the same abilities that they would at their standard booth, other than being able to physically pick up a product and touch it and feel it. There will be options where they can post a video or post their sales or a PDF of their catalog. Live chat will also allow them to not miss out on that communication.”

KOA is also introducing a gamification element to the expo, where attendees compete for prizes by completing certain activities like attending a workshop, a sponsor’s booth or finding hidden objects. Prizes include Amazon Gift Cards and the grand prize is a free hotel room and airfare to KOA’s 2021 convention.

“We will have a leaderboard setup that attendees can watch and see how they stack up,” Humphrey noted. “We are going to have a lot of fun with it, and I think it will offer a higher level of engagement.”

She said that KOA is optimistic about the virtual event and that campground owners will be eager to connect with each other after the challenges of the current COVID crisis.

“It is easy to join a virtual event,” Humphrey said. “It is about offering opportunities for our franchisees to engage with each other, and while we would much rather be doing this in-person, we feel that we are going to have a really high attendance due to that need for people to connect.”

To learn more about the expo and to register, head to www.eKamp.com.