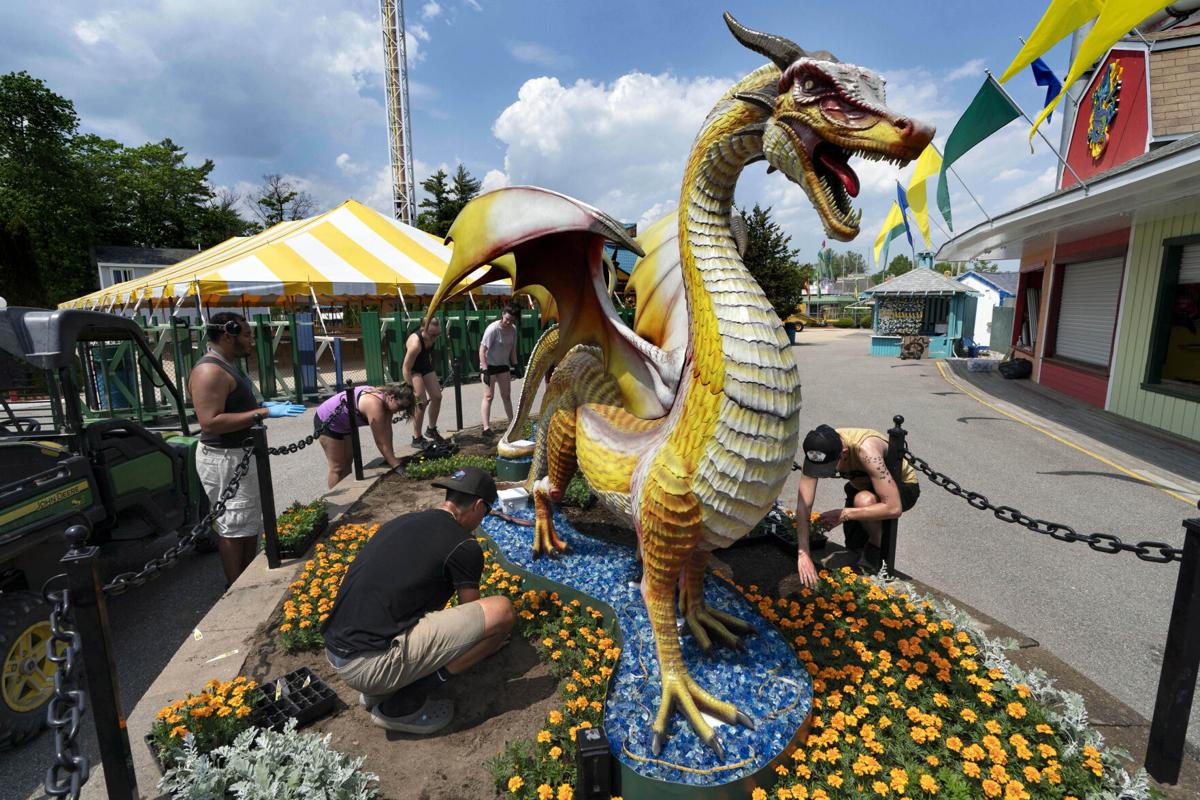 After a year of coronavirus lockdowns, the start of summer beckons with vacation plans made possible by relaxed COVID-19 restrictions, according to an Associated Press report published by The Goshen News. But a severe worker shortage brings a warning for travelers: Expect delays and pack a little patience.

Lifeguards and hotel housekeepers are in short supply. So are rental cars. And don’t count on having a fruity cocktail at the hotel Tiki bar.

The labor shortage is hitting the nation’s tourist destinations just as they try to rebound from a year lost to the pandemic, where periodic surges in cases and lockdowns had Americans sticking close to home. Now, with more than half of adults vaccinated, Americans are ready to venture out with the traditional start of summer travel.

But the staffing issues threaten to derail the travel industry’s recovery. Travelers can expect fewer menu choices at restaurants, lengthy check-in lines at hotels and airports, and fewer rides and food stands at theme parks.

Some hotels aren’t filling all of their rooms or changing the sheets as often because they don’t have enough housekeepers. Six of the most popular national parks — including Yosemite, Rocky Mountain, Acadia and Zion — will require advance reservations for many visitors to allow for social distancing.

“This is nothing like we’ve ever seen before,” said Michelle Woodhull, president of Charming Inns, which includes four small hotels and a fine dining restaurant in Charleston, South Carolina.

The company has limited room reservations by 20% during some weeks and reduced seating at the restaurant, said Woodhull, who recently fielded a complaint from a customer who couldn’t get a table for four weeks.

“Unfortunately, that is a reality,” she said, adding that it’s better than delivering poor service. “What business wants to turn away business, especially after the year we’ve had?”

Still, the tourism industry is showing signs of coming back. Airline executives say domestic leisure travel is at pre-pandemic levels, and the number of people passing through U.S. airports daily is likely to top two million before the week is over — the first time that has happened since early March 2020.

Air travelers planning to rent a car during the Memorial Day weekend might be out of luck. Rental cars are scarce, and they are pricey — the average cost has roughly doubled from a year ago, according to government figures.

The AAA auto club forecasts that 37 million Americans will travel at least 50 miles from home over the upcoming holiday, a 60% increase over last year. But if AAA is right about this weekend, that will mean 6 million fewer people traveling than over the same holiday in 2019.

The reasons behind the worker shortage are hotly debated. Many employers blame the federal government’s extra $300-per-week in unemployment aid but plenty of hospitality workers who abruptly lost their jobs a year ago have moved on to new careers and aren’t coming back.

Some employers in the hospitality industry want to hire new workers at lower wages instead of recalling laid-off employees, said D. Taylor, president of the hotel, gaming and airport workers union Unite Here.

Big hotel chains are considering eliminating housekeeping and guest-services jobs, and casinos are moving to cut jobs in food and beverage, he told a congressional subcommittee this week.

“That’s bad for customers, but it’s also bad for workers and communities because housekeepers, cooks, servers — that’s the backbone of the service economy,” Taylor said.

A survey of 4,000 travel and tourism workers earlier this year showed that many found jobs with higher pay and predictable schedules and more plan on leaving the industry soon, said Peter Ricci, director of Florida Atlantic University’s hospitality and tourism management program.

The travel sector as a whole, he said, faces a moment of change and will need to offer better wages and benefits and rethink how it treats employees.

“It’s time for our industry to wake up and see that’s an important thing. We have a shortage for a reason,” said Cathy Balestriere, general manager of Crane’s Beach House, a boutique hotel in Delray Beach, Florida.

She has managed to keep most of her staff and brought in outside workers to provide massages and yoga, but the hotel is not offering breakfast, and the poolside Tiki bar is closed because there’s no one to serve drinks. Managers and maintenance staff have pitched in with housekeeping duties.

The park in Saco, Maine, still needs lifeguards, ride operators and cleanup crews despite offering wage increases and four-season passes for summer hires. The reduced number of international students is another problem for the largest seasonal employer in the state.

Raj Kapoor, who manages a popular food court on the Belmar, New Jersey, oceanfront, has hired 14 people for the summer, but he could still use eight to 10 more to scoop ice cream, roll burritos and sell sodas, milkshakes and candy.

The labor shortage has affected his business in other, less obvious ways. A shipment of soda that was promised the next day took a week and a half to arrive because the distributor did not have enough delivery drivers.

Diners in tourist hot spots shouldn’t be surprised when they find restaurants with limited hours, streamlined menus and some seating sections closed, even when there’s a wait for tables, said Barry Gutin, co-owner of the Cuba Libre restaurant chain on the East Coast.

To attract workers and help them get ahead, they’ve raised wages and gone as far as offering English and Spanish language courses and personal finance training. But hiring has still been a challenge. Their location in Fort Lauderdale, Florida, is only open for dinner right now — not even for takeout or delivery.

“We’re protecting the guest experience by not over-seating,” he said. “We’re hoping they understand things are a little different than pre-pandemic.”

Regardless of the destination, travelers should make sure to call ahead and be ready to change plans at a moment’s notice.

Jamie Goble had been set to fly to Ohio from her home in Waco, Texas, to join her family for three days next week at Cedar Point amusement park, where they planned to celebrate her nephew’s high school graduation.

But nine days before her flight, the park announced last week that it would be closed two days a week for most of the month because of staffing shortages.

“Not just the park, the hotel too,” she said. “So we were out of a place to stay. It’s all understandable, but we thought they had things figured out.”

Instead, they quickly shifted plans to ride roller coasters at Dollywood in Tennessee and go hiking at Great Smoky Mountains National Park.