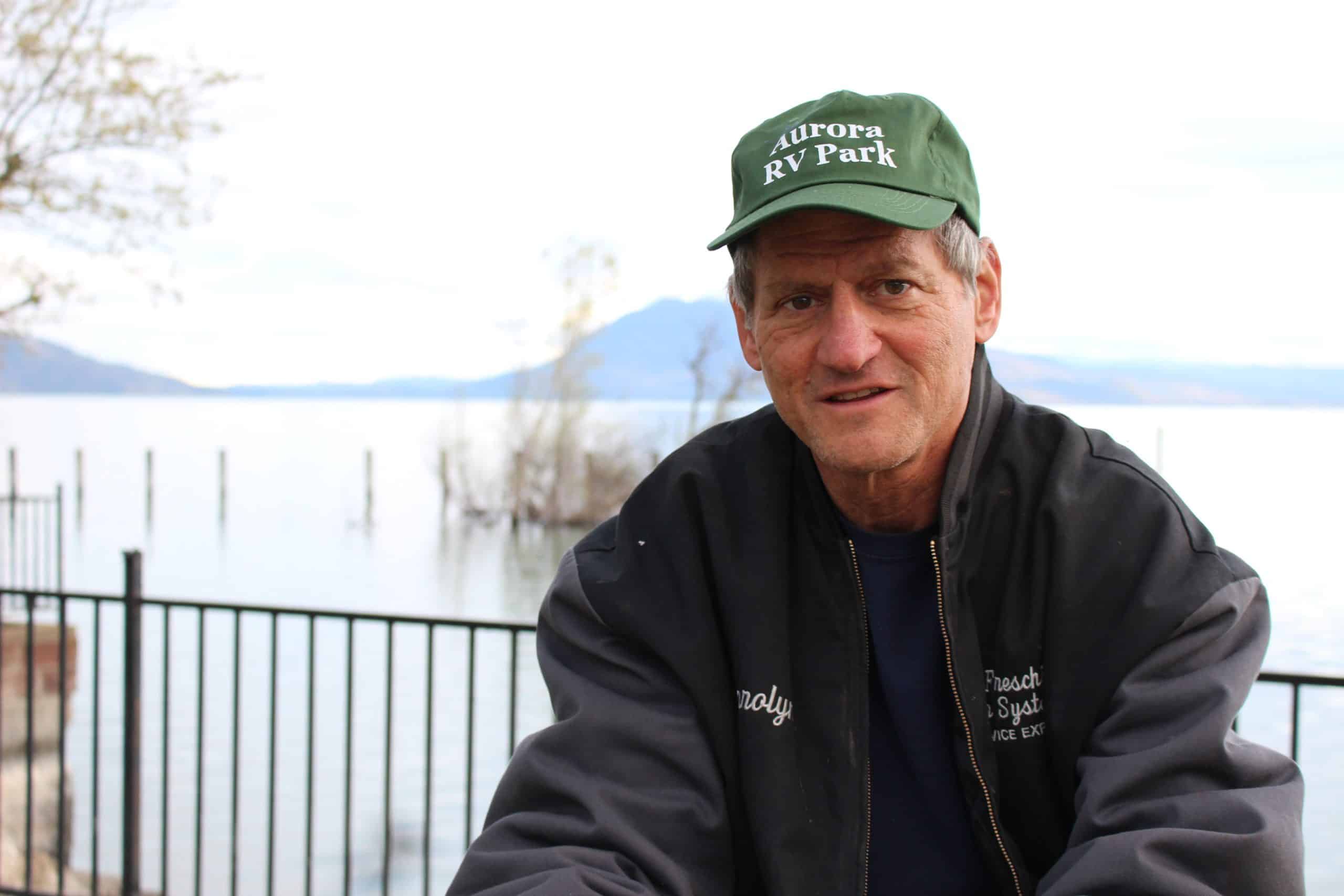 Park operators who are wondering how the various coronavirus restrictions affect their business need to check with their state associations.

They also need to contact their county health officer to determine if their park qualifies as an “essential business,” which would enable them to provide shelter for long-term or full-time RVers, though they would also need to clarify if they can still accommodate traveling RVers.

Those words of advice come from Dr. Michael Newdow, a 67-year-old emergency room doctor and medical director of a Northern California hospital who also owns and operates the Aurora RV Park, a 63-site park in the tiny town of Nice, on the northern end of Clear Lake, California’s largest lake.

A UCLA-trained emergency room physician, Newdow certainly appreciates the dangers associated with the coronavirus. He currently serves as the medical director and chief of staff of Jerold Phelps Community Hospital in Garberville.

But as a private park owner and operator since 2015 — a business he is developing for his retirement years — Newdow also appreciates the financial impact that the coronavirus-related business shutdowns and shelter-in-place orders are having on private park operators in California and across the country. Newdow is also sympathetic to the plight of full-time RVers, many of whom suddenly feel trapped without the freedom and independence that led them to embrace full-time RVing in the first place.

Newdow also has a legal perspective on all of this.

In addition to being a private park operator and a medical director, Newdow is a University of Michigan-trained attorney specializing in constitutional law. He believes some of the coronavirus mandates involving travel bans and business closures infringe on RVers’ right to travel, which he said is a constitutional right on par with the right of free speech.

While not listed in this country’s original Bill of Rights, Americans’ constitutional right to travel has been established in subsequent case law by the U.S. Supreme Court, which could set the stage for a lawsuit challenging the constitutionality of a state or county order prohibiting travel by RVers, noted Newdow.

With these thoughts in mind, Newdow sent a letter to Gary Pace, the county health officer for Lake County, and posed a few questions. In his March 22, letter, he told Pace that RV parks are actually ideal locations for maintaining social distancing.

“First of all,” he wrote, “unlike immobile residences, RVs spend hours in 55-plus mph winds, thus ridding their exteriors of viruses as they are driven from one location to the next. Second, with RVs being only a few hundred square feet in size, owners do not generally have others visiting inside. Thus, any ‘socializing’ is usually entirely outdoors, where (unlike when people meet or greet inside their homes or buildings) viruses — if present — are greatly dispersed, resulting in a very low likelihood of it being transmitted to others. Lastly, owners tend to stay within their own ‘spaces’ at RV parks and they ‘socialize’ merely with hellos or waves to other guests, some twenty or thirty feet away.”

“In view of the foregoing,” Newdow asserts, “RVers are (or should be) permitted to stop at the county’s RV parks, (because) their doing so will not in any significant way endanger Lake County’s permanent residents.”

Moreover, he asked, “what are these people to do?”

“They have been on the road for weeks, months or years, and need to find places each day to situate their ‘homes’ and rest,” Newdow noted. “The state of California licenses RV parks to serve those people. Surely, the state legislature did not intend for that service to end solely because there is an epidemic or for local governments (without clear evidence that these individuals are likely to worsen the epidemic) to treat RVers as unwanted refugees, spurned by every county from San Diego to Crescent City.”

Meanwhile, Newdow joked with WOODALLSCM.com  that he never imagined the private park business would be so challenging.

“I thought, I’m getting toward the end of my career,” he noted. “I’ll have his (park). It will keep me busy. I will make a little money. I’ll have these lovely people dropping by, and it will be a nice life. That was my thought.”

He mentioned that he met a Kampgrounds of America (KOA) owner from another Northern California campground who had many insights and experience in the campground business.

“Unfortunately,” he said with a laugh, “I met him after I bought my park!”

Newdow said he fell in love with “the amazing views of his lakeside park” even though it has needed a lot of maintenance and improvements. He estimates that he has spent about $200,000 to $250,000 in improvements so far, plus another $130,000 to install a solar power generating system.

“I need to spend much more time on this park than I have been able to,” he said.

But between the Coronavirus pandemic, improving his park and exploring legal issues involving the travel rights of RVers, Newdow has his hands full. He also worries about RVers who are caught in a legal checkerboard of travel bans and stay-in-place orders that vary from state to state and, in some instances, from county to county.

“I feel for these people,” Newdow said. “But what do I do when they come? They are not permitted to stay in any park in the county. Where are they supposed to go?”

As an attorney with “a number of federal appellate cases” under his belt, Newdow said he is considering filing a constitutional challenge to this prohibition.

“I understand that Pace is only trying to protect the county’s residents, and I applaud his dedication to that goal,” Newdow said. “I also recognize that he has been granted broad emergency powers. But those powers are not unlimited, and — especially when fundamental constitutional rights are being infringed upon — he has a duty to narrowly tailor his orders to protect those rights as much as possible. At the very least, he needs to provide some showing that allowing RVers to stay in an RV park — where social distancing is normally practiced and where contacts among guests can readily be limited to the outdoors — increases the risk of viral transmission. I don’t think that showing can be made.”