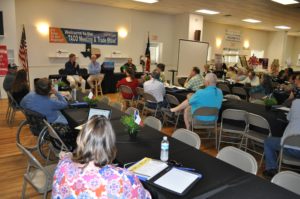 The three-day meeting, which began Sunday afternoon at the Lake Conroe/Houston North Kamgprounds of America (KOA) in Montgomery, Texas, included remarks by Krause, who serves on the legislative committees for culture, recreation and tourism, as well as land and resource management, as well as from Ron Hinkle, TACO’s legislative consultant.

While Texas has made national headlines in recent years for its low taxes and business friendly government, local property taxes are spiraling out of control, with some park owners telling TACO attendees they have seen their property taxes increase by more than 300% to 400%.

Some park operators said they have had to file lawsuits against their counties to force them to reassess their parks and reduce their property taxes.

“We’re hoping to institute a cap on the commercial side like there is on the residential side,” he said.

But while Texas counties have been moving aggressively to rake in more property tax revenue, Schaeffer said a growing numbers of Texas schools have been moving up their school start dates, significantly shortening the duration of the summer camping and travel season.

Working with other travel industry partners, TACO helped pass legislation in 2010 that prohibited schools from starting their fall sessions earlier than the fourth Monday of August. But schools have quietly gotten around this restriction, Schaeffer said, with subsequent legislation that enables them to declare themselves a “district of innovation,” which gives them the ability to start their school calendars earlier if they so choose.

As a result, Schaeffer said, growing numbers of Texas schools are starting their school years earlier and hurting the state’s travel and tourism business, yet there is no evidence that that these earlier school start dates are producing higher test scores or other improvements in student achievement.

Krause urged park operators to write to their representatives to tell them how these earlier school start dates are affecting their businesses.

He added that education is going to be one of the biggest issues in next year’s legislative session, given the large numbers of families that have moved into Texas in recent years. Issues to be discussed will likely include standardized testing, retired teacher pensions and health insurance, he said. 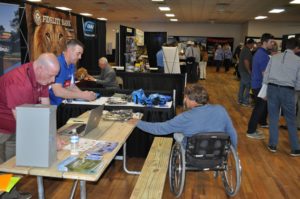 TACO’s Spring Meeting includes a trade show, which runs through out the meeting.

Hinkle and Schaeffer, for their part, said Texas needs to step up its spending to market the state as a tourism destination. They noted that Texas is the third most visited state, after California and Florida, but that tourism spending has been cut to levels on par with tiny states like Arkansas.

“It’s not a good place to be,” Schaeffer said, adding that tourism promotion is needed to encourage out-of-state travelers to visit Texas again after Hurricane Harvey.

Krause was scheduled to join TACO members again this morning to provide a breakfast recap of legislative issues. TACO’s annual awards presentations will also take place during the breakfast session.

Toby O’Rourke, the recently appointed president of Billings, Mont.-based Kampgrounds of America Inc., will deliver the morning keynote address focusing on the latest camping trends, as well as the importance and value of transient guests.

TACO’s tradeshow, which began Sunday evening, will continue today and will be followed by an educational session focusing on best practices when dealing with long-term guests, which will be conducted by Jenny Lee Smith of Austin, Texas-based Cobb & Counsel, TACO’s attorney.