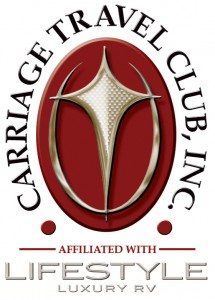 According to a press release, CTC is an independent owners’ club separate from former high-end fifth-wheel manufacturer Carriage Inc., and maintains an active, enthusiastic base of fifth-wheel owners. The group had been seeking a new fifth-wheel maker to partner with, and selected LIFESTYLE after a thorough, deliberate search and review process.

“After we had the opportunity to tour the LIFESTYLE Luxury RV facility and see the models in production, I had no doubt that this was the best engineered and designed fifth-wheel unit on the market, and that’s why I had no doubt that LIFESTYLE was the most logical partner for CTC,” Bucky Moree, president of the CTC, explained. “It’s clear LIFESTYLE has the entire DNA of what our members expect and want. LIFESTYLE has demonstrated to our membership that they care about what owners want, going so far as to implement certain ideas and recommended changes.”

“We are very excited about this relationship with the CTC and its wonderful membership,” said Greg Kitson, director of engineering and product development for LIFESTYLE Luxury RV. “For over 35 years, the CTC has provided its members a supportive, engaging, energetic forum in which they can gather and share their common interests and celebrate their love of luxury fifth-wheel living. We are honored that, after their exhaustive search, they chose LIFESTYLE as their new fifth-wheel representative. It’s a relationship we take seriously and a partnership we look forward to developing and building for years to come.”

The Carriage Travel Club was founded in 1976 by a small group of Carriage fifth-wheel owners with the goal of promoting “good fellowship and camaraderie for owners of Carriage trailer products.” In addition to the national chapter, there are more than 20 local CTC chapters located throughout the U.S. and Canada.