Love of Mini-Golf Leads to Creation of Ohio Jellystone 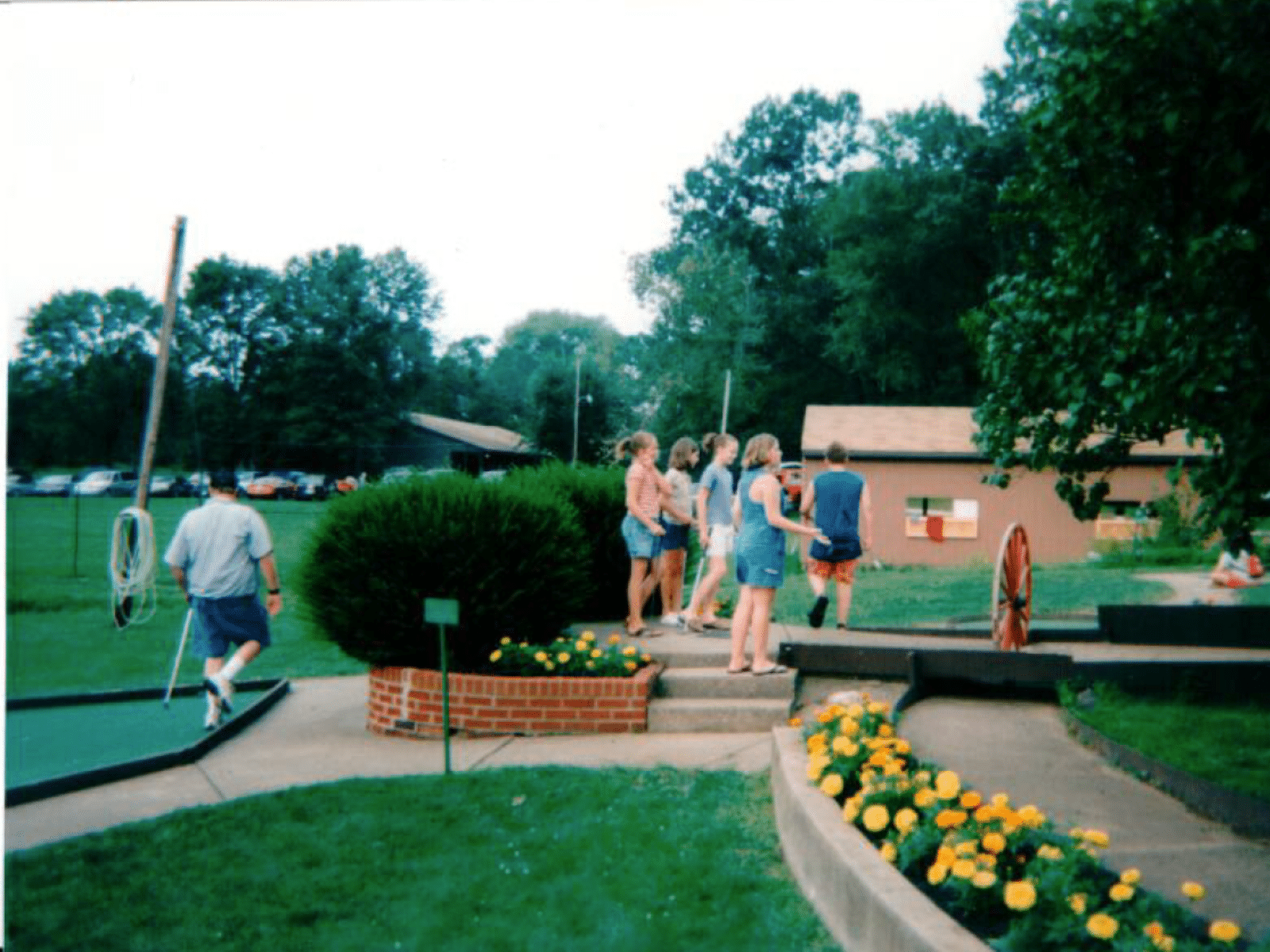 The success of a mini-golf course spurred its owners to create a campground. One that would later join the Jellystone Park system. Credit: Akron Canton Jellystone Park

Editor’s note: This story first appeared on the National Association of RV Parks and Campground’s blog.

In 1947, after World War II had ended, a young man named Hoke Hostetler drove to Uniontown, Ohio, in his ’41 Plymouth with $300 in his pocket. His dream was to open a miniature golf course because he loved the game, so he bought seven acres of farmland and built the course himself with the help of some local high school students.

It was ideally located between Akron and Canton and became so successful that he added picnic grounds, a shelter and a large swimming pool. He named the complex Clearwater Park after the clear, spring-fed creek that ran on the property, and families enjoyed the miniature golf and pool so much that they started pitching tents there so they could do it all over again the next day.

Recognizing an opportunity when he saw one, Hoke added 130 campsites to the property and the Hostetler family ran the campground and park until they sold it to Mert and Charlene Yoder 20 years ago.

“The camping was kind of an accident,” Mert says.

But not anymore. Today, the family-friendly park offers 175 campsites, including 10 cabins. Over the years, the Yoders have made many improvements to the park’s accommodations and amenities. In 2013, they made the decision to have their park join the Yogi Bear’s Jellystone Park Camp-Resort system. The park is now called the Yogi Bear’s Jellystone Park Camp-Resort: Akron-Canton.

“This whole place is based on families and nothing but,” Mert said.

Naturally, the park’s zero-depth, 550,000-gallon pool, which is the largest swimming pool in Stark County, is a major draw. It includes a diving platform, slides, water play features and a Wibit floating obstacle course.

The park also has a gem mining sluice and, of course, the miniature golf course that started it all. There are also kids’ crafts and a Family Fun Zone that offers archery, basketball, a bike track, Gaga Ball, a giant slide, playground, RC track and sand volleyball.

A series of themed weekends offer even more family fun, and as with all Yogi Bear’s Jellystone Park Camp-Resorts, visits from Yogi Bear and his friends are a big hit. The seasonal park opens in early May with a fun invitation to guests to help wake up Yogi to get him out of hibernation for the season.