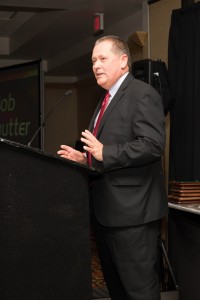 Leisure Systems Inc. (LSI) posted double digit growth in 2015, with a 12.8% increase in same-park revenues compared to the previous year, according to an announcement from the Milford, Ohio, franchisor of the Yogi Bear’s Jellystone Park Camp-Resort network.

2015 was the sixth consecutive year of revenue growth of 5% or more for Jellystone Parks, according to LSI President and COO Rob Schutter, who announced the revenue figures during the franchise network’s Spring Conference in Covington, Ky.

Schutter said the 82-unit franchise network expects to add about five to six new parks this year and continue that pace over the next few years, eventually topping 100 parks in the U.S. and Canada.

U.S. and Canadian family interest in Jellystone Parks continues to grow, as evidenced by the 12.8% increase revenues.

RV site and rental accommodations income is only part of the equation at Jellystone Parks, Schutter said, noting the strong revenue streams generated by camp stores that sell Yogi Bear-themed merchandise as well as the ancillary revenue derived from unique family activities and amenities that Jellystone Parks provide. 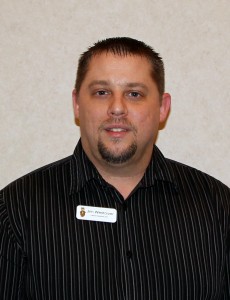 While much of Schutter’s presentation focused on an analysis of last year’s business performance, he also introduced Jellystone Park franchisees to Jim Westover, who has filled LSI’s newly created position of vice president of operations.

In addition to assisting with LSI’s day-to-day management, Westover will be charged with developing, managing, organizing and creating programs that advocate the strategic objectives of the franchise system. These objectives include building upon LSI’s sales growth in 2015, and continuing to seek out opportunities that improve profitability at the unit level while LSI works towards achieving its goal of more than 100 locations.

A staff addition was also made in the retail department with Renata Evans as retail manager for corporate accounts. Evans assists franchisees in the development of their park stores and merchandise selection to maximize space and increase store profit.

In 2015, LSI moved into a larger headquarters in Milford to accommodate the hiring of additional staff members as the Jellystone Park franchise network continues to grow. The new headquarters also has a 6,600-square-foot warehouse, which LSI uses to store its retail line of more than 600 custom souvenirs.

Conference attendees also had opportunities to take the Myers-Briggs Personality Assessment, which helps park operators and staff members better understand how their personality affects their communication, interaction and conflicts with their peers.