LSI Modifies Symposium for Its Franchisees 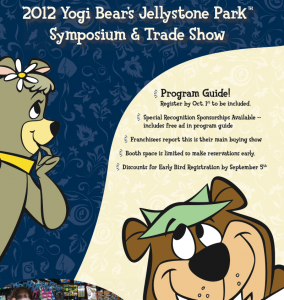 The traditional gathering, set for Nov. 5-8 at the Embassy Suites and the Northern Kentucky Convention Center in Covington, Ky., has been shortened by one day, without reducing the number of educational seminars offered to its franchisees.

An outside keynote speaker also has been dropped.

The modification, we’re told, comes amid an industrywide re-examination of the convention concept, which has lost traction in many locales, notably the state of California where the state association has canceled all conventions until further notice.

Leisure Systems sees the symposium as a type of season-ending thank you to its franchisees and decided to shorten it by a day to help reduce expenses for its franchisees. “Everybody is watching their expenses closely,” said Dean Crawford, executive vice president. “We opted to shorten by one day and will probably stay that way.”

The symposium will start on a Monday and end on Thursday night.

“It’s always a good gathering. Everybody works hard through the summer and I know our franchisees look forward to coming to this convention and talking with other operators. It’s kind of a reward after a busy season,” Crawford said.

Accordingly, this year’s symposium will still feature educational seminars, a trade show, an in-depth look at company and franchisee operations by President Rob Schutter on Tuesday morning and a concluding awards banquet. The symposium is also when franchisees view new Yogi Bear-branded merchandise and order this merchandise for the coming season.

Crawford anticipates plenty of excitement and enthusiasm at this year’s event. LSI is unique in that it annually draws nearly 100 percent participation at its symposium and prospective new franchisees usually also attend to meet fellow park owners. “There will be several new faces (prospects) this year,” Crawford said, as interest in joining the franchise is high.

Another new wrinkle this year will be the location of the park model village. The display has been moved inside the exhibition hall.

ADA and EEOC Seminars: Even though the Symposium is a day shorter, LSI will offer more educational seminars this year. Two of the most highly anticipated seminars will deal with compliance with the Americans with Disabilities Act (ADA) and the Equal Employment Opportunity Act (EEOC).

A staffer from the ADA’s Access Center will outline how parks may become ADA compliant, starting with accessibility to parking lots, restrooms and campsites and working on recreational facilities, such as pools and pool lifts.

Inspections Yield Good Results: Following extensive inspection tours of many of the franchisees’ camp-resorts this summer, Crawford concludes that the overall appearance of the camp-resorts is good.

“I’ve been really happy with my visits to the parks,” he said. “All have put their best foot forward and made a lot of improvements. The parks look really, really good despite the hot weather. A lot of the parks have been pretty dry. Campers are still out and about. I’m hoping it’s been a good season for most of the parks.”

The hot, dry weather, which has gripped much of the nation, has carried a silver lining for many Jellystone Parks. One requirement of all franchisees is that they operate a swimming pool for their guests, a requirement that has made the camp-resorts more appealing this summer than parks without pools, Crawford noted. Many camp-resorts also have beaches on lakes or similar bodies of water and waterparks that also enhance their appeal.

“Having the water attractions has been a big thing this summer,” he said, adding that several franchisees, including ones in Sioux Falls, S.D., and Pittsfield, Ill., (which joined LSI this year), have expanded or improved their water features for this season, which has further helped their businesses.

“It’s been a hot summer,” he said. “The heat may have affected some travel, but people are still out and about camping.”

Crawford said he anticipated approximately 70 vendors to sign up for the trade show at this year’s symposium. LSI is offering an early-bird price reduction to vendors who signed up by Sept. 5. However, vendors may sign on as late as the day before the trade show opens, he added.

Symposium organizers, in turn, have inserted some merriment into the annual auction held on Wednesday night. Seven teams have agreed to compete in a benefit contest to see who can be the fastest to consume a 16-inch loaded “MacDaddy Pizza.”

10:30 a.m. to noon Workshops: 1) “On Your Mark, Get Set – How to Put Together Your Employee Orientation,” presented by Rachael Stine, Natural Bridge Jellystone Park; 2) “Social Networking” presented by John Meyer