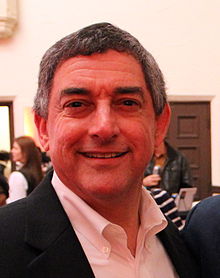 Lt. Gov. Jay Dardenne says it’s getting tougher to hold on to the money that’s supposed to be spent on tourism because legislators and Gov. Bobby Jindal keep taking it for other purposes.

Speaking Tuesday (Aug. 27) to a packed room of people who make their living in the touring industry, Dardenne said he’s supposed to get $23 million to spend on tourism advertising but “unfortunately, there’s a trend to redirect those dollars,” The Advertiser, Lafayette, reported

In this year’s budget, legislators and the governor’s office shifted $3 million in advertising dollars to other uses and used funds intended for state park repairs to actually run the Office of Tourism.

“Several are legitimate tourist things,” he said, but they are not things under his control. Other things have nothing to do with tourism.

Examples he cited are funding for Senior Olympics and Special Olympics taken out of his budget each year when they do not attract tourists to the state. Also, funding has been shifted several years to a construction project at Bayou de Famille Park in Jefferson Parish, which is not part of the state parks system. This year, it was more than $1 million and taking tourism funds bypasses the normal capital outlay process.

“I have been a staunch supporter of this event” and had already dedicated $100,000 to it, Dardenne said. Taking the money without consulting him is symbolic of “a chink in our armor of preventing any new pass-throughs in the budget.”

Advertising pays off, the lieutenant governor said. Records show a $17 return on every $1 invested.

Another problem, he said, is that the governor has raided a state parks fund to balance the state budget. Several years ago, legislation called for fees on overnight rentals of cabins and other park facilities to go into a maintenance and repair fund.

“The current administration has tapped into that fund to the point that the fund is at zero,” Dardenne said.