Can we call it a comeback? A surge? A return to glory days? When it comes to profitability, development and expansion of luxury motorcoach resorts, those in the business agree that there’s a lot to be positive about these days, but they are hesitant to break out the ticker tape and start ringing the bells. 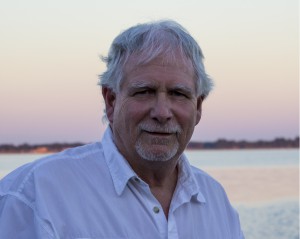 “I would say we’re cautiously optimistic,” said Jerry Kidd, president of Kidd Group Communication Design, a Tallahassee, Fa.-based company with a 30-year history and deep ties to the luxury RV resort industry. “There’s a lot of interest in luxury resorts. Not that many have broken ground too recently, but we’re getting a lot of phone calls from people poking around, and I think that’s noticeable since it’s been so quiet since 2009. As far as we’re aware, we’ve had four years without any new resorts,” he told Woodall’s Campground Management. 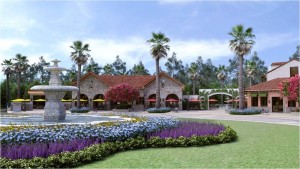 The Fountains of St. Augustine

That’s about to change in Florida, thanks to The Fountains of St. Augustine, a planned 180-unit luxury motorcoach resort currently being developed by the Devcon Group, which works with  the Kidd Group on communications on the ambitious project. Construction is underway on The Fountains, with plans to open this summer. In addition to a host of luxury amenities, the resort will feature class A lots with three sizes of optional dwellings: 500, 750 and 1,450 square feet.

“Our vision is that we’re going to build 10 of these resorts,” Kidd said. “We’re currently in negotiations in the smoky mountains and near Naples, Fla.”

Also in development in Jupiter, Fla., with plans for opening this year, is the Jupiter-Palm Beach Motorcoach Resort, a 100-site resort being developed by Preferred Motor Coach Resorts, an organization headed by Randall Henderson, former president of Outdoor Resorts of America.

The numbers are clear when it comes to a continued rebound in North American RV sales, with a return to pre-2008 levels in 2013 when 303,000 units sold. Then, another increase occurred in 2014 with 349,400 units sold, and experts are predicting another 3.1% increase for 2015. But tracking the development, expansion and lot sales or rentals at luxury motorcoach resorts on a national scale is much murkier territory, simply due to a lack of centralized research. 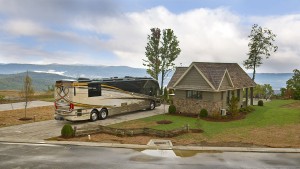 Those within the luxury resort market, however, are consistently reporting good news, including well-established resorts that have released strong financials for 2014 and optimism for the remainder of 2015. That is the case at owner-owned Mountain Falls Luxury Motorcoach Resort in Lake Toxaway, N.C., which is nearing completion of its third and final phase of development, an 86-site build out that will bring the total number of sites to 230.

“Our reservations were up 200% in 2014,” said General Manager Barbara Oldenburger. “There definitely seems to be a surge in luxury motorcoach ownership.”

Founded in 2000 under the Outdoor Resorts of America brand, Mountain Falls changed ownership in 2012 when the owners formed a property owners association and purchased the company. Thus far in 2015, the resort reports a 37.5% increase in reservations and has closed sales on 24 of the properties for sale in phase three.

The story of a sustained streak of increased occupancy is similar at another resort founded by Outdoor Resorts of America, the 407-site Las Vegas Motorcoach Resort (LVM). There, reservations were up 8% in 2014, surpassing the budget goal managers had set.

“The general business side of our resort and the ownership side are both on the upswing,” said Eugene McCord, acting president of the LVM owners’ association, which purchased the resort in 2009. “We’ve sold a tremendous amount of lots here in the last year, probably more than the last several years combined, and our rental activity has gone up in 2014 and looks promising for 2015. We’ve had a great amount of return rentals. Also, the amount of rentals we get from hosting rallies is also on the upswing this year.”

Michael Gelfand, president of Terra Vista Management, reported that both of the RV resorts they manage in southern California are doing very well.

“Business is phenomenal,” he said. “In 2014, we had significant increases in revenues at both Campland on the Bay and Newport Dunes Resort and Marina. Our reservations for 2015 are up in the double digits for both properties.”

In addition, Gelfand said that two expansion projects are currently underway at Newport Dunes, both a hotel on 14 acres and a mixed commercial/residential-use project at an adjacent, currently undeveloped property.

The sustained, two-year increase in manufacturing and sales of class A motorhomess is the most obvious contributing factor to a return to strong business and growth for luxury motorcoach resorts, and is one that’s most commonly cited. Most of the owners and managers who spoke with WCM, however, see more complexity behind the surge.

“You have a lot of factors involved in addition to increased manufacturing and sales,” Kidd said. “I think the lower fuel prices we’re seeing are a bit of a bubble although it’s probably causing an acceleration in buying, but to me, the bigger reason would be the baby boomers and people entering retirement or semi-retirement. That pushes people into the RV world, and I think there were a lot of folks who might have put off retirement in the last few years but now they’re finally doing it, so that pushes demand once they feel confident in the economy and their investments in the market.”

At Mountain Falls, Oldenburger said she is sensing a change in confidence regarding the general economy, but that a change in demographics also appears to be playing a major role. “There’s always a transition of age groups and I’m seeing more younger people now and people with families who are RVing,” she said. “Manufacturers are changing the way they design coaches in terms of how they accommodate families. We used to laugh about it, saying that our coaches partied 12 and slept two. Well now these coaches are sleeping six. It’s mom dad and the kids and there’s plenty of room. It’s the market keeping up with what’s out there in terms of demand.”

A Shift in Institutional Lending for Outdoor Resorts?

Access to capital through insitutional lending is one potentially overlooked but significant pillar of new development and expansion, and industry players had mixed opinions regarding whether major lenders are beginning to loosen their post-crash grip on funds.

For his part, Carefree Communities Inc. CEO David Napp said that he sees a fundamental change in the stance of major institutional lenders toward the financing of RV resorts with park models. For evidence, he points to the financing of Carefree’s recent $850 million purchase of 18 manufactured home communities in California. The deal was financed by JP Morgan Chase, Citigroup and Goldman Sachs by issuing bonds, using 68 of Carefree’s existing properties as collateral.

Although the bonds financed a purchase solely of manufactured home communities, and while not all of Carefree’s 79 properties fit the luxury motorcoach resort description, Napp believes that it still signals a sea change in the approach of major financial institutions toward RV resort properties as a whole.

“This was the first time that an institutional lender has financed debt to a single borrower using only destination RV resorts and manufactured home communities as collateral,” Napp said. “For a long time, they didn’t touch RV parks. I think it’s really good for the industry because it evidences the maturity of the industry to where we’re able to access institutional capital. And Freddie Mac has also signaled they’re willing to loan on park model RV parks. They have to be park models, but this is really good for the outdoor hospitality industry as a whole. What we’re seeing is a turn in the institutional capital market that has a greater acceptance of destination RV parks than they’ve ever had in the past.”

At Terra Vista, Gelfand agreed that institutional capital does seem to becoming more available, “more so than I’ve ever seen,” but Kidd said that it doesn’t seem to be so visible in his region.

“My experience is that access to institutional capital and financing hasn’t become much easier just yet,” he said. “We get a lot of calls from people asking us if we have resources for funding. It’s not the go-go times of 2007. You have to be pretty solid. From the retail side, I think the banks are possibly offering a bit more than in the last few years, but I don’t think they’re as anxious to lend money as they were prior to 2008. That’s the bad news. The good news is that everyone’s 401ks and IRAs are back up to where they were — and beyond — before the crash if they stayed in the market. So that might have people feeling solid enough to invest in an RV.”

And that increase in supply of RV owners, combined with a recovering economy, should continue to translate as better business for luxury motorcoach resorts for the near future.

“I think the forecast for the industry is good as far as we can see out to three, four or five years,” Kidd said. “Beyond that, maybe we’ll all have flying cars.”

In addition to coming out with one of the country’s newest luxury motorcoach resorts, The Fountains of St. Augustine is debuting a novel approach to the entire idea of lot ownership, one that executives believe may be “a game changer” for the industry.

To start with, none of the lots at The Fountains can be purchased, as is standard practice at many luxury resorts. Instead, The Fountains unveiled a vacation club membership program based on the timeshare model used in the condominium and hotel industries.

“The concept is you buy a membership and it’s a one time charge,” Kidd said. “Then you simply pay a monthly membership fee and that gives you access to the resort. So you don’t have to buy property, you buy membership.”

The membership plans run from one week to 26 weeks per year, with 26 weeks running similar in cost to buying property at a high-end resort. The agreements are available in 12, 24 and 40-year terms.

“But you don’t have continual maintenance fees and you’re not limited to that one resort property,” Kidd said.

That’s because The Fountains has brokered an affiliation with Wyndham Worldwide division RCI (formerly Resort Condominiums International) to provide members with access to the RCI network.

“When you buy your membership, you can take those membership credits and turn them into points with RCI if you choose to,” Kidd said. “Then you can use them on one of any 4,700 RCI resorts around the world. That’s a new concept. As far as we know, nobody in the RV resort market has ever tied in with RCI to do a swap out and nobody’s ever done a membership club before. We do think it will be a game changer for the industry.”

When the membership club plan was rolled out to the public at the recent Florida RV Supershow in Tampa, Kidd said the response was better than even they had expected.

“The experience at the show was extremely pleasing and a little bit overwhelming,” he said. “It was very consistent with everyone we talked to. The basic comment was: ‘Why has this taken so long? It’s about time and I wish this had happened sooner before I bought my property in wherever.’”