By: Woodall's Campground Management|Published on: May 2, 2012|Categories: Industry News| 0 comments 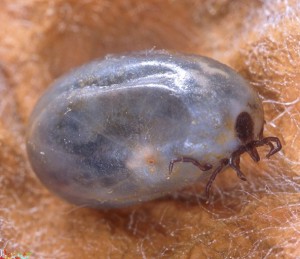 The Northeastern U.S. should prepare for a surge in Lyme disease this spring. And we can blame fluctuations in acorns and mouse populations, not the mild winter. So reports Dr. Richard S. Ostfeld, a disease ecologist at the Cary Institute of Ecosystem Studies in Millbrook, N.Y.

What do acorns have to do with illness? Acorn crops vary from year-to-year, with boom-and-bust cycles influencing the winter survival and breeding success of white-footed mice. These small mammals pack a one-two punch: they are preferred hosts for black-legged ticks and they are very effective at transmitting Borrelia burgdorferi, the bacterium that causes Lyme disease.

“We had a boom in acorns, followed by a boom in mice. And now, on the heels of one of the smallest acorn crops we’ve ever seen, the mouse population is crashing,” Ostfeld explains. Adding, “This spring, there will be a lot of Borrelia burgdorferi-infested black-legged ticks in our forests looking for a blood meal. And instead of finding a white-footed mouse, they are going to find other mammals – like us.”

For more than two decades, Ostfeld, Cary Institute forest ecologist Dr. Charles D. Canham, and their research team have been investigating connections among acorn abundance, white-footed mice, black-legged ticks and Lyme disease. In 2010, acorn crops were the heaviest recorded at their Millbrook-based research site. And in 2011, mouse populations followed suit, peaking in the summer months. The scarcity of acorns in the fall of 2011 set up a perfect storm for human Lyme disease risk.

Black-legged ticks take three blood-meals – as larvae, as nymphs, and as adults. Larval ticks that fed on 2011’s booming mouse population will soon be in need of a nymphal meal. These tiny ticks – as small as poppy seeds – are very effective at transmitting Lyme to people. The last time Ostfeld’s research site experienced a heavy acorn crop (2006) followed by a sparse acorn crop (2007), nymphal black-legged ticks reached a 20-year high.

The May-July nymph season will be dangerous, and Ostfeld urges people to be aware when outdoors. Unlike white-footed mice, who can be infected with Lyme with minimal cost, the disease is debilitating to humans. Left undiagnosed, it can cause chronic fatigue, joint pain, and neurological problems. It is the most prevalent vector-borne illness in the U.S., with the majority of cases occurring in the Northeast.

Ostfeld says that mild winter weather does not cause a rise in tick populations, although it can change tick behavior. Adult ticks, which are slightly larger than a sesame seed, are normally dormant in winter but can seek a host whenever temperatures rise several degrees above freezing. The warm winter of 2011-2012 induced earlier than normal activity. While adult ticks can transmit Lyme, they are responsible for a small fraction of tick-borne disease, with spring-summer nymphs posing more of a human health threat.

Past research by Ostfeld and colleagues has highlighted the role that intact forest habitat and animal diversity play in buffering Lyme disease risks. He is currently working with healthy departments and physicians about the impending surge in Lyme disease.